The Batman Beyond Movie: Incredible Fan Trailer Proves This Will Work

Outside the world of Matt Reeves’ The Batman, Warner Bros. is quietly working on other Batman projects which may or may not connect with it. One of the most exciting of those is a Batman Beyond movie.

Batman Beyond was a beloved animated series from the late-90s early-2000s about a futuristic Gotham where a now elderly Bruce Wayne mentors a new kid named Terry McGinnis to be the next Batman. The series was critically acclaimed and Warner Bros. has been talking about turning it into a live-action project for some time. Now there seems to be real movement on it.

A Batman Beyond Trailer

Given that the movie hasn’t been made yet, obviously there’s no trailer. But this fan trailer is so good it could easily be the real thing. Watch…

Any doubts you had that a Batman Beyond movie could work should have been totally erased by this. It’s going to be awesome.

23-year-old Sheridan is best known for playing Cyclops in X-Men: Apocalypse and Dark Phoenix. He was also Wade Watts in Ready Player One.

It’s confirmed that as part of that deal he’ll appear as Batman in The Flash, probably via some sort of multi-verse introduction. But the deal with WB is rumored to be a multi-picture deal with Keaton’s Bruce Wayne serving as sort of the DC Universe’s Nick Fury.

We know he’s in The Flash but it hasn’t been confirmed what other movies Michael Keaton’s Batman will be in. Signing Keaton for a deal that big only really makes sense if the crown jewel in that deal is a bigger role as Terry McGinnis’s mentor in Batman Beyond.

Superman In The Batman Beyond Movie

The live-action Batman Beyond movie is still in very, very early development. However rumor has it that one of the ideas being kicked around at Warner Bros. involves an appearance from Henry Cavill as Superman.

Like Keaton, Henry Cavill has signed a multi-picture deal with Warner Bros. to cameo in various DC superhero films as Superman. And given that Superman doesn’t age as fast as humans, he’d be able to appear pretty much as he looks now even in a Batman Beyond movie set in a far distant future.

For that appearance word is that Henry Cavill’s Clark Kent will trade in his trademark blue and red superhero costume for the black and silver one he wore on the Batman Beyond animated series. For those who haven’t seen it, that looks like this…

Again it’s important to stress here that Henry Cavill’s deal with Warner Bros. is only for cameos. So any Superman appearance in Batman Beyond will only be brief. That said, brief is probably all the story would need.

The Batman Beyond Movie’s Plot

As far as the plot, scoopers say they may adapt a storyline from the animated series called “Return of the Joker”. In that tale a long-dead Joker is resurrected and it features flashbacks to Bruce Wayne as a younger Batman. That’d mean de-aging Michael Keaton for select scenes in the Batman Beyond movie. However, if recent movies like The Irishman are any judge, then modern technology seems to be up totally up to that challenge.

The Villains Of Batman Beyond

While the plot of the movie may involve resurrecting the Joker, we’re hearing reports that the another villain in the movie may end up being Phantasm.

If you’re not familiar with him, he’s a character originally created for the theatrically released Batman: Mask of the Phantasm animated movie which was released in theaters back in the 90s. The movie was so good that some fans still believe it is the best Batman movie ever produced.

Phantasm has gone on to be popular beyond the movie, even making appearances in Batman comics. 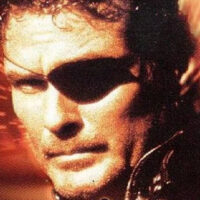 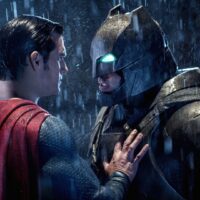