Avenue 5 Review: HBO’s New Space Comedy Is Off To A Clunky Start

Set in deep space, the eponymous Avenue 5 is a luxury space cruise liner on a maiden voyage around Saturn and then back to Earth. But an early mishap involving the gravitational pull of the ship, a record-beating yoga class and a few rather untimely deaths rockets the ship out of orbit and way off course.

Avenue 5’s creator Armando Iannucci also created Veep for HBO, a show centered on the American political system through the lens of the Vice President’s office. The characters operated in the world of politics, an absurd group that always felt just a little close to the real thing for anyone’s comfort. Each and every one of them, from Selina Myers on down, was motivated simply by self-preservation; willing to forego any sense of pride, humility or even general humanness if it meant they’d just keep their gig. This attitude ranged from the Vice President of the United States all the way down to the lowest bag-carrying assistant and included everyone else in between.

The results were hilarious and award-winning. Veep was a brilliant show, funny at almost every turn with a group of folks you loved to watch bumble through their elevated stations in life. Now Iannucci is back with an entirely different setting, but many of the same ideas.

Much like Veep, the backdrop and setting of Avenue 5 are secondary to the characters, meant only to put a bunch of self-serving and ridiculous folks all in one place to interact. There’s Ryan Clark (Hugh Laurie), the decorated captain who might not even be qualified to steer the ship. Hermann Judd (Josh Gad) is the millionaire playboy dufus shipowner with the brain of a small child but hubris for galaxies. Rav Mulcair (Nikki Amuka-Bird) heads up mission control on Earth and is a no-nonsense, take-charge type who still very much knows she needs to kiss Judd’s ass. And finally, Matt Spencer (Zachary Woods) heads up customer relations on the ship. Interspersed with these folks are the actual passengers, an over-indulgent group of adult brats who spend much of the time bickering.

So the stage is set for what could be a great show considering the creative team has a fantastic resume and the cast is strong. But the first episode of Avenue 5, “I Was Flying” is clunky and misfires in a few places. Because the world-setting takes time (we need to know where we are and why) there isn’t much in the way of laughs, with jokes thrown in along the edges or in one-liners as reminders the show is supposed to be funny. This may simply be a byproduct of establishing a baseline, but in general, the space-cruise setting didn’t offer as much initial hijinx as I would have expected.

Again, there are mechanical concerns with Avenue 5’s first episode that theoretically won’t be as problematic later now that we know what’s what. But I still didn’t find myself cracking many smiles along the way.

That isn’t to say Avenue 5 struck out, there’s plenty to build on for sure. Woods as the harried and self-titled “nihilistic” customer relations head has his moments. He’s long been a scene-stealer. Whether it be Gabe Lewis on The Office or Jared on HBO’s Silicon Valley, Woods can carry entire interactions just on his own comedic accord often giving you the sense he’s making up the funniest lines right off the top of his head.

Gad as Judd is fantastic casting, presenting as the dopey rich kid, oozing out the Dunning-Kruger effect to the nth degree. He’s just the wrong kind of person to have aboard the ship and “in charge” considering his only bottom line is to himself and the shareholders while also convinced he’s the smartest guy in the room.

As far as the rest of Avenue 5’s episode and crew, I think we need to take a wait and see approach with possibly a shorter leash than some other shows. There’s a chance the boxed-in nature of the ship doesn’t lend itself to as many smaller storylines as one would have thought and visually I did find the space station setting a bit stale.

Laurie as the Avenue 5’s captain didn’t totally deliver but that might have been because I was expecting even “less” from the character, akin to what Veep gave us with Myers. Captain Clark is very much aware of the situation and his own shortcomings in a way Myers wasn’t. While more realistic I suppose, it was for sure less funny in this regard.

One episode doesn’t a show make, and there are plenty of storylines to mine with Avenue 5’s setup.  I do wish it had started stronger but with some of the clunkiness out of the way, the stage is set for better episodes going forward. 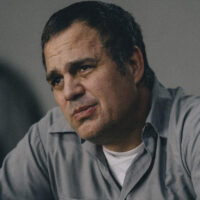