Those clearly anticipating Marvel and Disney’s upcoming What If…? series got yet another taste of its adaptation of the Marvel Zombies storyline that sees The Avengers gain an insatiable taste for human flesh.

On Saturday, the Marvel Studios Twitter account shared a piece of artwork from artist and composer Chris Christodoulou that teases the upcoming What If…? episode. The image (shown below) features the familiar Avengers logo looking a little worse for the wear. The “A” symbol that fans know and love is less resplendent than they’re used to. Instead, it’s made of cracked, bloody glass and even looks like it’s been fragmented and destroyed at one part. It acts as a banner to a ruined cityscape that looks as though it’s seen a particularly gritty superhero battle, or merely the ravages of a zombie apocalypse.

In the center of the poster are zombified hands seemingly clawing their way up from the ground. To the left and right of the hands are two of Marvel fandom’s most beloved Avengers, Captain America and Iron Man, looking a bit gray in the skin and exhibiting what comic book fans know to be the “Hunger” for human meat. While the artwork is new, fans were previously treated to a brief glimpse of zombified Cap and Iron Man by way of the first trailer for the latest Disney+ original series.

ComicBook.com even reports that attendees of the D23 expo this year were shown a brief scene that sees none other than Bucky Barnes going toe-to-toe with his zombified best friend. Unfortunately, that’s where information about the What If…? adaptation ends. However, in an interview with io9, What If…? writer A.C. Bradley offered a few hints about the zombie episode, noting that the idea to adapt the popular comic book happened somewhat offhandedly. Surprising them all, it became clear that Marvel boss Kevin Feige was into the idea. The team was then off to the races, fearing their boss may change his mind. In fact, Bradley noted that the popular story involving the likes of The Avengers, The Fantastic Four, and the X-Men may be one of the few episodes of the series that viewers may want to brush up on the source material for ahead of time.

For those unfamiliar, Marvel Zombies was a comic written between 2005 and 2006 by none other than Robert Kirkman, who would go on to some acclaim in the genre years later by way of The Walking Dead TV show. The story takes place in the Marvel Multiverse on an alternate Earth that’s plagued by a zombie virus from another dimension. When an unknown superhero comes carrying the pathogen, The Avengers and other superheroes are quickly infected. Unlike a typical zombie virus, though, the heroes maintain their intellect and powers. They merely find themselves unable to contain their hunger for human flesh. They quickly make food out of non-super people on the planet before waging a war amongst themselves and, eventually, the universe as they quest for more food.

While Marvel’s What If…? promises many incredible spins on the characters people know and love, one wonders how fans will react to seeing them become violent cannibals vying for supremacy against the human race? Perhaps it will be one of the darker installments in an otherwise hopeful series filled with T’Challa as a Ravager, Peggy Carter as a British version of Captain America, and many more spins on the Avengers. 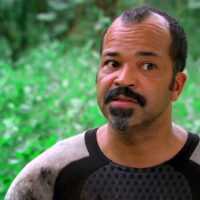 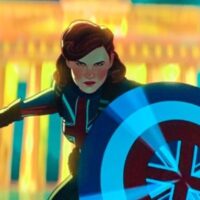