By James Brizuela | 22 hours ago

For those who happened to not be able to attend CinemaCon, which is likely a lot of us, a new way to watch the Avatar 2 trailer has emerged. Although the footage of the trailer has not been officially released online, for anyone who happens to see Doctor Strange in the Multiverse of Madness, you get your first look at the Na’vi in all their glory. Disney surprised everyone by adding the trailer for Avatar: The Way of Water as one of the many trailers that plays before Doctor Strange 2. I have been lucky enough to have seen the film already, and the corresponding trailer. From the first look, the Avatar sequel looks amazing.

Avatar came out in 2009 and the sequel news has been quiet ever since. However, James Cameron has been hard at work on the sequel, and we now have our first look at the footage of the highly anticipated sequel. As per the title, Avatar 2 comprises tons of images of big blue oceanic landscapes. The amount of water the film has to do with the movie has yet to be revealed, as there are plenty of instances where water is not the focal point of the trailer. A case in point is the fact that there seems to be a new wave of soldiers taking on the roles of the Na’vi. At least, that is how it appeared. There were plenty of shots of a military camp that is still operational, on top of seeing soldiers that embodied how Jake Sully looked in the first film, as they were fully dressed in tactical clothing and had guns. An interesting thing of note is that we get the first glimpses of what appear to be Jakes Sully’s children. Sam Worthington and Zoe Saldana are back as Jake and Neytiri. However, they now have a family.

Here’s a few shots from the new Avatar 2 trailer…

The threat of a military force seems to be the main concern for the Na’vi once again, as Jake says the line, “I know one thing. Wherever we go, this family is our fortress.” There are many instances of smaller versions of the Na’vi shown in the trailer, and we can surmise that it might be Jake and Neytiri’s kids. Especially considering his line about family being a fortress. Also, Giovani Ribisi is scheduled to return as well, so he may be back up to his nefarious harvesting ways. Avatar 2 is said to contain new areas and animals not shown in the first film, which could be concerned with, you guessed it, water. The final shot of the trailer did show what appeared to be Jake riding some sort of prehistoric dinosaur-looking animal in the water, before rising in epic fashion.

For those who have seen Doctor Strange 2, you were likely already plenty surprised by the Avatar 2 trailer. Unless you’re one of those people who skip trailers. For everyone else, go see Doctor Strange 2, because it’s a wonderful Marvel film, but also to see the gorgeous trailer for Avatar: The Way of Water. It truly looks like it could be a great film, and hopefully will be considering the first was the highest-grossing movie ever. 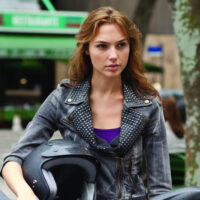