Austin Butler’s Villain Role In Dune 2 Has Been Confirmed

We know which bad guy he's going to play!

Austin Butler is having a star-making year. Not only is the young actor playing Elvis in an upcoming biopic, but he’s also been officially confirmed to have a starring role in Dune: Part Two. Butler confirmed to the New York Times that he has been knife training for the role of Feyd-Rautha, one of the last major roles fans have been waiting to see filled.

Austin Butler is the latest addition to the cast, with previous newcomers like Florence Pugh and Christopher Walken already announced. Florence Pugh will be playing Princess Irulan and Christoper Walken will be playing Padishah Emperor Shaddam IV. Butlers Feyd-Rautha will play a significant villain role in the sequel, as Feyd-Rautha is the devious nephew and heir to the throne of Baron Harkonnen (Stellan Skarsgard). Feyd-Rautha is a primary antagonist for Timothee Chalamet’s Paul Atreides, so you can count on these two crossing paths, and likely blades, in the second movie. In the 1984 Dune directed by David Lynch, Feyd-Rautha was played by none other than pop star Sting.

With Austin Butler announced, most of the primary cast for Dune: Part Two has been announced. Returning cast members will include Jessica Ferguson, Josh Brolin, Javier Bardem, and Jason Momoa all set to return. Zendaya will also be returning as Chani with a more expanded role than her brief screen time in Dune. Denis Villeneuve is returning to direct with possible plans to adapt Dune Messiah, Frank Herbert’s divisive sequel to the first Dune novel.

While we won’t see Austin Butler as the sadistic Harkonnen villain until 2023, we’ll get to see him on the big screen again much sooner. Austin Butler will take on the titular role in Elvis, which is hitting theaters in about a month. Early buzz indicates this could be the role of a lifetime for Butler, as even Elvis Presley’s wife, daughter, and granddaughter all have high praise for his portrayal of the late rock n’ roll icon. The amount of buzz around the role makes it seem like Butler is a shoo-in for an Oscar nod. Tom Hanks co-stars in the movie as Elvis’ manager, Colonel Tom Parker. Baz Luhrmann directs and co-wrote the screenplay with Sam Bromell and Craig Pearce. Olivia DeJonge, Dacre Montgomery, David Wenham, Kodi Smit-McPhee, Luke Bracey, Kelvin Harrison Jr, Elizabeth Cullen, and Richard Roxburgh also star.

Apparently, Austin Butler beat out Ansel Elgort, Miles Teller, Aaron Taylor-Johnson, and Harry Styles for the role, so it’s clear that he definitely brought something special to the table. Many young actors were likely also considered for Feyd-Rautha, so this next year could definitely be a big one for Butler. If Elvis and Dune: Part Two are as successful as they should be, it will likely do a lot for helping his star rise in Hollywood. Elvis is right around the corner, but we should also get to see Butler star in the TV mini-series Masters of the Air in the near future. That show tells the story of eleven men in a bomber known as the “Flying Fortress” behind German enemy lines. Elvis is hitting theaters on June 24 and Masters of the Air and Dune: Part Two still have their official release dates waiting to be announced. 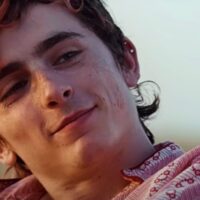 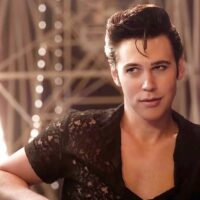