Ashton Kutcher and Reese Witherspoon are set to star in a romantic comedy together and it looks like they already have hit it off when the cameras aren’t on. That’s a good sign for how this thing could unfold and the two got together, over the phone at least, to promote Your Place or Mine for Netflix’s TUDUM event. Was it all staged? Of course, but that doesn’t mean there might not be something there with the actual movie itself.

Both Ashton Kutcher and Reese Witherspoon had some scripted gushing about each other in anticipation of the two starring together in the film. There’s a bit of a back-and-forth before Kutcher asks who Witherspoon would have liked to star in a romantic comedy with throughout movie history. She gives Cary Grant and Tom Hanks as her preferred targets.

And then things turn to Ashton Kutcher who is “forced” to answer and he chooses, of all people, Reese Witherspoon as his main squeeze. Real wife Mila Kunis in the picture here? Of course not. But remember that this is simply some mindless promotion for the movie which is set to hit the streamer next year.

Though not a ton is known about how Your Place or Mine will unfold, it is likely to roll with some familiar romantic comedy beats. The early description has it that Ashton Kutcher’s character Peter will be tasked with looking after the son of his best friend, Reese Witherspoon’s Debbie. It’s through this relationship that we have some sparks starting to fly, or at least an understanding that the two care more about each other than they thought.

In addition to Ashton Kutcher and Reese Witherspoon. Your Place or Mine has Jesse Williams, Tig Notaro, Zoe Chao, and Steve Zahn in major roles. And it was written and directed by Aline Brosh McKenna in her first stint behind the camera for a major movie. Her previous writing credits include Cruella, Annie, We Bought a Zoo, 27 Dresses, and The Devil Wears Prada. From this standpoint, it would appear the script is at least in competent hands.

Your Place of Mine is set to debut on Netflix on February 10, 2023, and we will get a chance to see if Ashton Kutcher and Reese Witherspoon pass the muster when it comes to chemistry on screen in this type of romantic comedy. The two haven’t really ventured much into this genre of late, using the rom-com at earlier points in their respective careers. That’s often the case with these types of flicks.

For Ashton Kutcher, it would have been No Strings Attached all the way back in 2011 which he starred in with Natalie Portman. And for Reese Witherspoon, we probably have to go back to 2012s This Means War though even that is pushing it. But maybe A-list rom-coms are coming back into the mix and we will see more pairings like this before it’s all said and done. It could be the wave of the streaming future on Netflix. 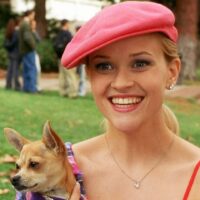 Reese Witherspoon Is Bringing The Best Children’s Book To Life 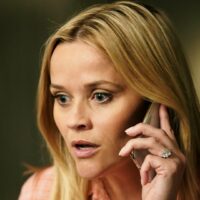 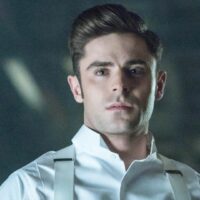 A Hilarious Zac Efron Movie Is Crushing It On Streaming