Sophia, centres on one of the world’s most advanced artificial life forms created by programmer David Hanson. The documentary focuses on Hanson and his goal of creating empathetic artificial lifeforms, such as Sophia. Showtime is behind the production as a distributor and Sophia has been brought to life by director Crystal Moselle, whose documentary The Wolfpack won major honours at the 2015 Edinburgh International Film Festival. Moselle is co-directing with Jon Kasbe, whose previous work includes directing and taking the reigns on cinematography for the documentary When Lambs become Lions. In the trailer for Sophia, David Hanson can be seen interacting with his creation, as the pair converse in an almost parent to child like dialogue.

Sophia is one of a number of documentaries and films featuring currently at this year’s Tribecca Film festival, and the artificially intelligent lead has been in the limelight before. Being the world’s foremost artificially intelligent robot comes with its perks, as Sophia has not only been featured on late-night television but is also a citizen of Saudi Arabia. In the past, Sophia has made a number of statements that show off the capabilities of artificial intelligence, such as her desire to be a mother. As well as this, Sophia has turned to art as a form of expression and even sold a piece, titled Sophia Instantiation for the staggering sum of $688,888.

Sophia certainly looks as though it will offer an incredible insight into the world of artificial intelligence, and those wishing to watch the documentary will get the chance to do so in theatres this fall. It would be no surprise to see this documentary get traction, given that it is true to life science that has often been at the centre of popular science-fiction. There have been several notable films centred on artificial intelligence over the years, from Steven Spielberg’s A.I. Artificial Intelligence to Alex Garland’s Ex Machina and who could forget Ridley Scott’s iconic Blade Runner (and its countless re-releases)? As humans, we appear to be fascinated with replicating ourselves in machine form, but as some of these films prove, that is not always going to be to our benefit. Alas, Sophia will undoubtedly show that David Hanson’s creation is here as a force for good in the world and that we are not in fact, heading towards our very own Judgement Day. 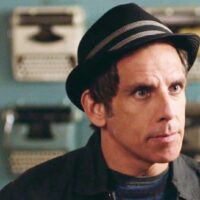 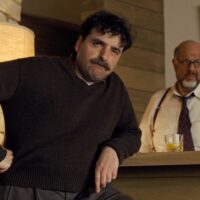 David Krumholtz Is Returning To His Best Character 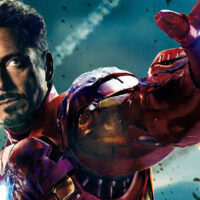