When Arthur premiered on PBS, Bill Clinton was the U.S. President, YouTube was still a decade away from launching, phones were still mainly things you left in your home and/or office, and a whole lot of people still thought Kevin Spacey was a pretty cool guy. But all good things must come to an end. This week, the animated kids’ series about the aardvark Arthur aired its finale, and it’s left a lot of fans weepy.

The Arthur finale aired on PBS on Monday, and the development that offered the biggest emotional strum on the heartstrings was a fast-forward showing exactly what happens to Arthur and the rest of the show’s characters when they grow up. The fate of the characters, particularly that of the titular aardvark, had a lot of fans in tears. It’s not surprising, considering many of those fans likely started watching the show when they were much younger. You can see some of the bittersweet reactions from Twitter below.

As the above fan mentions, for the Arthur finale, Michael Yarmush returns to voice the adult version of Arthur, who has become a professional graphic novelist. Yarmush voiced Arthur for the first five seasons of the series — from 1996 to 2000 — until he was replaced by Justin Bradley in season 6. Yarmush returned occasionally to the series, mostly to voice the 4th grader rabbit Slink. A total of 9 actors have voiced Arthur, with the final actor — excepting Yarmush’s return — being Roman Lutterotti for the show’s last four seasons.

The titular aardvark isn’t the only character whose future is revealed in the Arthur finale. The shy young moose George now owns the Sugar Bowl diner. The rodent Hirsch is still Mayor of Elwood, but have no fear! Muffy the monkey is running for Mayor and hopes to unseat Hirsch. George is one of her biggest supporters. While Francine’s love of sports hasn’t led her to become a professional athlete as some might expect, it has guided her to a new career for a sneaker company that she loves. D.W. has become a cop, her and Bud are still friends, but their friendship doesn’t stop D.W. from giving Bud a ticket if he earned it. Buster is a teacher though exactly what kind of teacher isn’t revealed, and Binky the bulldog is a TV newscaster who makes sure to pepper his newscast with wrestling lingo.

Like a lot of popular films and TV series, Arthur has weathered a lot of strange fan theories, none of which were confirmed with its finale. Before the episode aired, the New York Times asked Arthur’s creator Marc Brown to give a thumbs up or down on three of those fan theories. Interestingly, Brown only gave a definitive “no” to one of them — that the show takes place in a multiverse. To the question of whether or not Arthur is secretly a reality series directed by Matt Damon, Brown said only that it was “interesting.” As to whether or not the characters were all played by aliens, Brown refused to give a no, saying, “I couldn’t be happier inspiring people’s imagination. That’s a good thing!” 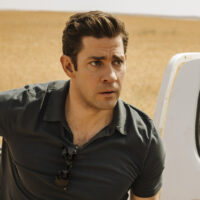 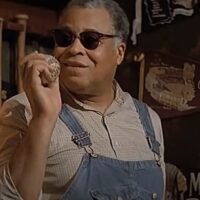 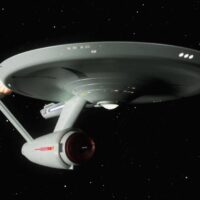