Is An Arrow Movie Happening?

An Arrow movie is not exactly something that a lot of fans might have ever expected from the long-running and now ended superhero television series, but a recent interview with co-creator Marc Guggenheim actually broached the subject of a movie that would take place in the world of Arrow – often referred to by fans as the Arrowverse – and his answer actually gives fans cause for hope.

During a panel for Comic Con International’s Storytelling Across Media series, Marc Guggenheim said that he would be totally open to the idea of doing an Arrow movie if the opportunity presented itself. Guggenheim was the showrunner for Arrowverse shows like Arrow and DC’s Legends of Tomorrow but stepped away from those roles years ago. However, he still maintained the title of showrunner over The CW’s annual giant crossover events. But, after last year’s “Crisis on Infinite Earths” mega-crossover, Guggenheim is finally moving on from this role.

However, it sounds like he would be willing to jump back on board for an Arrow movie. “I think so,” Guggenheim said during the panel. “I do love these characters, and I do miss working in this world.” Sounds like Guggenheim is open to the idea of returning to the world of Arrow with a potential feature film. The bigger questions would be exactly what would such a movie be about and how would it be delivered to fans.

As far as what platform an Arrow movie would be released on, the likely answer would be HBO Max. The DC universe is making quite a home over at the new streaming platform, and the attraction of a feature film surrounding the characters and world of Arrow could be a big draw for that show’s fanbase. And being on HBO Max would allow the hypothetical film to do whatever it wanted in terms of content. It would likely be the best avenue for such a venture.

What exactly an Arrow movie would be about? That would be a little more complicated. The series ended things in a pretty definitive way and it would take some pretty clever writing to come up with a worthwhile reason to bring these characters back. There are certainly examples in the comics that could be used as a jumping-off point for a potential return. Kevin Smith’s “Quiver” run in the Green Arrow comics could be an interesting direction to take inspiration from. It would also be cool to see both Green Arrow and Green Lantern team-up like in the classic run of comics from Dennis O’Neil and Neal Adams.

Will an Arrow movie ever come to pass? We will simply have to wait and see if it could happen. The legacy of the show and how much people would love to see one more trip to that world will likely be the most motivating factors in a possible movie being made. Do you think the show will have fans clamoring for one last go-around with these characters? Or are these characters better off being left alone? 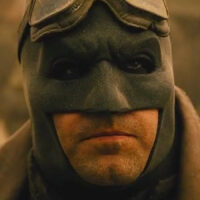