If you’ve ever wanted to see Rocky and the Terminator carving Jack-O-Lanterns with giant knives, your wish has been granted. Arnold Schwarzenegger took to Twitter to post this, frankly awesome, picture with Sylvester Stallone. Anytime you can see two of the biggest action stars of the 80s together, it’s going to be a little cooler than your average meetup.

Unfortunately, we might not get to see Arnold Schwarzenegger and Sly Stallone together again in the upcoming The Expendables 4 movie, as Arnie’s presence has yet to be confirmed. Arnold Schwarzenegger originally stated that he wasn’t on board because it seems like Stallone was going to leave the project. Even if Stallone was staying on board (which he is) the Governator was still hesitant, as he told Entertainment Weekly that he didn’t like how his part was written in the third movie and that the script would have to be good enough for him to come back.

Of course, Arnold Schwarzenegger’s appearance in The Expendables 4 could be kept under wraps as a surprise or he could appear in a cameo. Arnold Schwarzenegger and Sly Stallone had beef for a long time during the peaks of their careers, but they managed to bury the hatchet, become friends, and star in a major franchise together. We can always hold out hope that they’ll find a way to work together for the fourth movie in that franchise, or at least come up with another project to team up on.

Regardless, the cast of The Expendables 4 is still stacked without Arnold Schwarzenegger and the budget for the film is massive. Along with Stallone,  Jason Statham, Dolph Lundgren, and Randy Couture are all returning to reprise their roles from the previous films. Newcomers to the franchise include 50 Cent, Megan Fox, Andy García, Tony Jaa, Jacob Scipio, Iko Uwais, and Levy Tran.

While there’s no guarantee that Arnold Schwarzenegger will return to his role in The Expendables 4, he’ll be returning to another famous IP with a much different tone. Schwarzenegger will return as Jules Benedict in Triplets alongside Danny DeVito, who returns as his brother Vincent. Triplets follows 1988’s Twins and will see Jules and Vincent discovering they have a third brother played by Eddie Murphy.

Arnold Schwarzenegger isn’t the only one reprising a more comedic role in the near future, as Sylvester Stallone is reprising his role as Stakar in Guardians of the Galaxy Vol. 3. While Guardians of the Galaxy Vol. 3 isn’t strictly a comedy, it certainly has a more comedic bent than Sly’s usual fare. Stallone will also be heading to TV with the series Tulsa King, which follows an Italian mobster who has to set up shop in Tulsa, Oklahoma.

Arnold Schwarzenegger is also heading to TV with the Netflix series Utap, which follows a father and daughter who are both spies. Arnold Schwarzenegger is playing the father with Monica Barbaro playing his daughter. The cast is rounded out by Jay Baruchel, Travis Van Winkle, Fabiana Udenio, Scott Thompson, Devon Bostick, Andy Buckley, Milan Carter, Fortune Feimster, and Gabriel Luna. 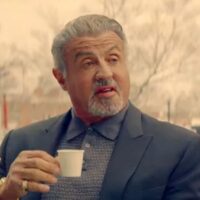 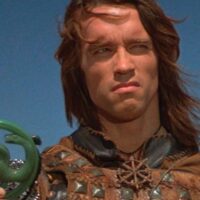 Conan The Barbarian Was Almost A Drug-Fueled Mess