Arnold Schwarzenegger is celebrating the special day from his most iconic movie with a pretty amazing throwback pic.

While August 29 is a pretty innocuous day overall, it’s pretty significant to those living in the Terminator universe. Arnold Schwarzenegger’s T-800 revealed that August 29 was the day that Skynet gained sentience in the classic The Terminator sequel Terminator 2: Judgement Day. Thus, another Judgement Day anniversary has come and gone, but not before Arnie himself took to Twitter to post a great throwback pic of him getting some robotic flourishes in the makeup chair. Take a look at the post below:

It hasn’t been all that long since we’ve seen Arnold Schwarzenegger appear as the T-800. He last appeared in Terminator: Dark Fate as an aged T-800, though that film certainly did not live up to the expectations of the first two films in the franchise. Although Terminator: Dark Fate was certainly better received critically than its predecessors Terminator Genisys and Terminator Salvation, it still underperformed and didn’t come close to the classic status of The Terminator and Terminator 2: Judgement Day. With this being the case, it doesn’t seem incredibly likely that we’ll another addition to the movie franchise anytime soon. There is, however, an anime series being developed for the Terminator franchise at Netflix. Perhaps Arnie will return in some capacity to provide some voice work. While there are plenty of people who could probably do an impression, it wouldn’t the same if a T-800 was featured without Arnie voicing it.

It’s pretty safe to say that the Terminator franchise hasn’t been at the same level of quality since James Cameron left the director’s chair after Terminator 2: Judgment Day. While Arnold Schwarzenegger is undoubtedly an important part of the franchise, the James Cameron magic is just as crucial. It seems unlikely that Cameron would ever return for another Terminator, as he’s pretty busy filling the rest of his career with multiple sequels to his massive 2009 hit Avatar. The first Avatar sequel is just months away, with Avatar: The Way of Water set to come out on December 16. That’s just the tip of the iceberg, as Cameron has at least another three Avatar movies planned for the future.

Meanwhile, Arnold Schwarzenegger is staying pretty busy with several upcoming movie projects. While it’s not quite as iconic as The Terminator, Arnold will be returning to one of his beloved ’80s roles as Julius Benedict in Triplets, the sequel to the 1988 comedy Twins. Danny DeVito will be returning as his brother Vincent. In the film, the two unlikely brothers find out they have a third brother, played by Eddie Murphy. Tracy Morgan is also on board for the Triplets cast list. Arnold will also be starring in an upcoming TV series about a father and daughter in a global spy adventure called Utap. Monica Barbaro and Adam Pally also star. Finally, Arnold has one more reboot of his iconic ’80s roles in development with The Legend of Conan. Arnold first starred as Conan in 1982’s Conan the Barbarian. Not much is known about this film at this time, but we’ll surely get more details filled in as it moves forward in development.

The Expendables 4: Does No Release Date Mean The Movie Is In Trouble? 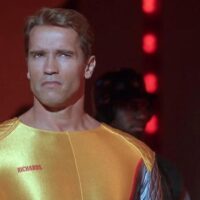 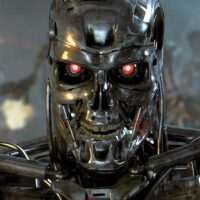