For a while, there were rumors that Armie Hammer was a cannibal. Screenshots from social media showed him talking about eating people and various acts that were controversial, to say the least. During that time, it seemed like he was quietly losing work, like the Paramount+ series for the making of The Godfather. Now, the actor is facing rape allegations. He is under investigation by the police. And we’re hearing that he’s being kicked off sequels to two of his biggest films.

This update comes from insider Daniel Richtman. He told his Patreon page that Armie Hammer may be recast in Man From U.N.C.L.E. 2. Alternatively, they may write his character out. As for Call Me By Your Name 2, they will be recasting his role, according to Richtman.

In the case of Man From U.N.C.L.E. 2, it would be fairly easy to write his character out of the script. That story saw Armie Hammer playing a CIA agent opposite Henry Cavill. Reportedly, Cavill is set to return. It should be possible for the sequel to be written with a new CIA agent replaying Hammer opposite Cavill’s character. The Guy Ritchie is reportedly happening, though we don’t know a ton about it yet, despite the fact that they’ve been walking about it for years. Armie Hammer in particular was known for hyping the sequel. Still, it seems that they’re in the early enough stages that adjustments shouldn’t be too difficult to make.

As for a sequel to Call Me By Your Name, his character was too central and not easily written out. The movie was a love story. Reportedly, they already have a plot planned for what happens in the sequel. Previously, it’s been reported that the entire cast was on board for filming the next movie. They’ll have to recast Armie Hammer in order to move forward. While the news that Hammer has been cut from the film is still only a rumor from Daniel Ricthman, the claim makes sense. It doesn’t seem likely they’ll want to move forward with the actor in a leading role for a love story while he is publicly facing rape allegations.

Prior to the rape allegations, Armie Hammer was facing down social media controversy around screenshots. These screenshots of private conversations made it sounds like he was a cannibal. Not in a metaphorical sense, either. People who had never seen Hammer in a movie or heard his name previously soon became aware of his social media activities. It was unclear at the time how far this situation went, though stories wound in many different directions. In an attempt to clear his name, Armie Hammer had been in the process of working with a legal team. He was subpoenaing Facebook and Instagram, demanding they prove the screenshots were valid. At this point, it’s unclear whether that’s still moving forward. The news surrounding him is fast moving.

What does seem clear is that Armie Hammer is in a world of trouble. It seems easy to believe the new rumors that sequels are finding ways to move forward without him. 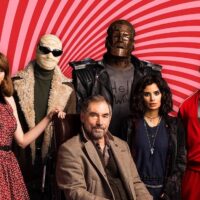