Armie Hammer's Call Me by Your Name director would love to bring the controversial star back for a sequel film.

By Renee Hansen | Published 3 weeks ago

The Social Network actor Armie Hammer hasn’t been in the news for a spell but could the latest information indicate a Hollywood comeback? Variety reports in an interview with Hammer’s Call Me by Your Name, co-star Timothy Chalamet, and director Luca Guadagnino, ideas have circulated about a sequel to the award-winning film.

In the interview promoting his new film Bones and All, Guadagnino stated he would love to do several chapters of each of his movies as he would relish the chance to work with actors he loves and experience the same kind of joy. Ideas of a sequel for Call Me by Your Name have been questioned as Armie Hammer has allegations of being emotionally and physically abusive to women brought against him. This includes suggestions about him eating their flesh. Despite reports to the contrary, Bones and All, a cannibalistic story, wasn’t inspired by Hammer’s alleged flesh-eating comments.

Since its premiere at the 2017 Sundance Film Festival, Guadagnino has been excited about the idea of a sequel to Call Me by Your Name. The story follows 17-year-old Elio (Chalamet), who enters a romantic relationship with a 24-year-old grad student Oliver (Armie Hammer), who was an assistant to his father, Samuel (Michael Stuhlbarg), an archaeology professor.  It received critical acclaim for the screenplay, Guadagnino’s direction, and the performances of Chalamet, Hammer, and Stuhlbarg.

Guadagnino did say that if there were a sequel, Armie Hammer would “of course” be part of the cast. But added, “there is no hypothesis, so there is no movie.” Although he has always thought it would be exciting to expand the story of Mafalda, played by Vanda Capriolo, the Perlman’s housekeeper in the movie. He believes it would make for an interesting story to see how Mafalda lives outside of her housekeeping role.

In 2020, Elizabeth Chambers filed for divorce from Armie Hammer, citing irreconcilable differences. Soon after, messages allegedly written by the actor about violent sexual fantasies were leaked. This would be followed by rape allegations, all of which he denied. His lawyer was quoted saying that all interactions between Hammer and his partners were consensual and that everything was discussed and agreed upon beforehand. That the stories that circulated on social media were untrue.

Armie Hammer is well known for his roles in Rebecca, Gossip Girl, The Lone Ranger, The Man from U.N.C.L.E., Death on the Nile, and more. His breakthrough role was in The Social Network in 2010, which told the story of the creation of the social networking site that would become known as Facebook. Armie Hammer portrayed Cameron and Tyler Winklevoss, known as the Winklevoss twins, who originally came up with the idea for ConnectU with a fellow Harvard classmate.

It will be interesting to see if Armie Hammer can make a major comeback to Hollywood, especially in a Call Me by Your Name sequel. In 2019 Hammer said there were loose conversations about a sequel, but the first was so special, and the story moved viewers that perhaps they would be setting up for disappointment with a sequel. 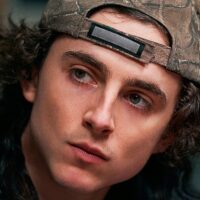 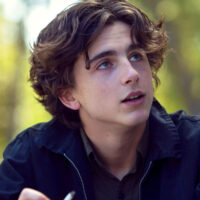