Armie Hammer has been surrounded by one of the oddest controversies in recent memory. The actor has been accused of sexual cannibalism among other horrifying claims. These allegations have led to the man being all but cut out of most of the projects he was once attached to. Though his role in Death on the Nile was not reshot, he was removed from the final trailer before the film came out. Before these wild claims of his sexual nature were widely publicized, he starred in a film by director Luca Guadagnino. That film was called Call Me by Your Name and co-starred Timothee Chalamet. Now director Guadagnino and Chalamet are teaming up for a film about a woman with cannibalistic urges, which has been acquired by MGM. A first-look image has also been released for the film. You can see the image below:

Luca Guadagnino and Armie Hammer had discussed making a sequel to Call Me by Your Name, but the film had been abandoned halfway through the discussions, leaving Guadagnino to instead team up with Timothee Chalamet on Bones and All, which is adapted from a book of the same name. The book concerns itself with that of Maren, played by Taylor Russell. Maren is abandoned by her mother as she attempts to survive in the margins of society while dealing with cannibalistic urges that she attempts to take control of. Either Guadagnino had some strong foresight or knew of the accusations being brought against Hammer, as he abandoned working with the now controversial actor. The fact that his new film deals with cannibalism in some way is a crazy coincidence.

Now that Armie Hammer has all been canceled for the wild accusations he is involved in, it seems that the sequel for Call Me by Your Name will never get the go-ahead. Instead, Bones and All will be Guadagnino’s central focus. The film has been acquired by one of the biggest studios in MGM and is set to be released at some point later this year or in early 2023. It is currently in post-production. It will also be the first U.S.-based production for the director. Guadagnino was recently asked about his film landing at MGM. According to him, “I am delighted that MGM, a studio that so clearly loves filmmakers and respects bold vision, is going to bring my movie into the world and that the amazing work of Timothée, Taylor, Mark and the rest of the cast will be seen in theaters.”

Timothee Chalamet is certainly becoming one of the most talked-about actors currently, and it seems as if his relationship with Luca Guadagnino is going well. They could even turn into the Scorcese and DiCaprio type of partnership. That is speculation, but it could happen to depend on if Bones and All is critically acclaimed in the same way Call Me by Your Name was. Guadagnino dodged a proverbial bullet by backing Chalamet and not Armie Hammer. There is no telling when these wild allegations are said to go away or be proven untrue in his case, or if they ever will. Time will tell, though his reputation might never recover from such strange and horrifying claims. Be on the lookout for announcements for the release date for Bones and All, which will happen sooner rather than later. 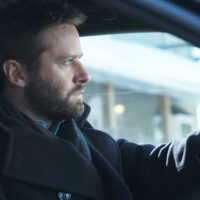