Armie Hammer Responds To Allegations That He’s A Cannibal

Armie Hammer isn’t having the best start of 2021. In fact, he might be having the worst first months of this New Year. And that’s really saying something. A few days ago, an internet rumor cropped up that Hammer might have some rather disturbing culinary tastes. Namely, some are claiming that the actor might even enjoy the flesh. Not the sins of it mind you, actually getting down and eating people. Hammer did come out and respond to the reports that he’s a cannibal.

“I’m not responding to these bullshit claims but in light of the vicious and spurious online attacks against me, I cannot in good conscience now leave my children for 4 months to shoot a film in the Dominican Republic. Lionsgate is supporting me in this and I’m grateful to them for that,” Armie Hammer said in a statement.

To Armie Hammer’s credit, his response does mostly follow an “I’m not a cannibal” path which you’d pretty much expect (and very much hope for) when responding to these allegations. There are a lot of terrible things to be accused of, and this ranks right up there with the worst. In an interview, he calls the claims “bullshit”. He also cited the rumors as a reason for backing out of his upcoming film, Shotgun Wedding, saying he couldn’t leave his family for multiple months of shooting with the cloud of cannibalistic suspicion hanging over things.

Things took a dark turn for Armie Hammer on Monday when he started trending on Twitter for all the wrong reasons. It was then that some apparent screenshots of the actor’s direct messages started making the rounds. These were *private* conversations his account was having and in them referenced drinking blood as well as him saying he’s “100% a cannibal”. To date, there’s been no verification these were actually from the actor’s account and not doctored photos.

The reason some might have jumped on the Armie Hammer rumor train quicker than other celebrities is because the actor does have a bit of a sketchy past with Twitter. A few years ago his account was *caught* liking a number of tweets that featured rope bondage. That Twitter activity was most-definitely not faked and the actor appeared to like some freakier stuff when it came to the sadomasochistic style of turn-ons. Of course, it’s no crime to get a little weird with ropes, but it also might be why folks don’t see it as much of a leap with these latest rumors.

Armie Hammer was slated to star in the upcoming film Shotgun Wedding alongside Jennifer Lopez. The film, helmed by Jason Moore (Pitch Perfect) will be a comedy about a wedding gone wrong when the bride and groom are kidnapped and held for ransom. Hammer has already been removed from the cast list.

According to Armie Hammer, the studio supports his decision to leave the film which isn’t all that surprising. Even if not true, having this storyline around the production couldn’t have been something they were all that excited about.

Armie Hammer does have a few movies slated to hit the screen this year. He’s in Death on the Nile about a murder on a cruise ship, Crisis about the opioid epidemic and Next Goal Wins which details the true story of the American Samoan soccer team. So there’s still work on the actor’s plate. Let’s just hope there’s no human flesh there as well. 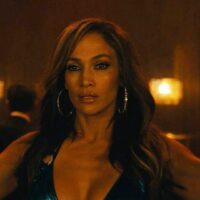 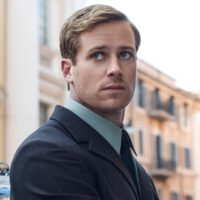