Since teaming up on the 2010 horror flick Insidious, James Wan and Patrick Wilson have collaborated on several motion pictures over the past decade including Aquaman and its upcoming sequel Aquaman and the Lost Kingdom, which is due in theaters this December. Wilson is also set to star in and helm the Wan-produced Insidious 5, and beyond that, the director-actor duo is already fantasizing about the next project they’d like to tackle together. While speaking to Entertainment Weekly, Wan revealed that he and Wilson frequently discuss their desire to remake John Carpenter’s Big Trouble in Little China.

James Wan, who has been making the press rounds to promote his latest horror feature M3GAN, told the outlet that he absolutely loves working with Patrick Wilson (Aquaman’s Orn) because “he’s such a film buff.” He went on to say that he’s “truly a film geek,” and whether it’s Aquaman, The Conjuring, or any other picture they’ve collaborated on, there were plenty of times when they weren’t focused on the project they were shooting. Instead, they were geeking out about other movies, particularly those directed by John Carpenter such as Big Trouble in Little China.

Released in 1986, Big Trouble in Little China stars Kurt Russell as Jack Burton, a rough-and-tumble trucker, who teams up with Wang Chi (Dennis Dunn) to face off with an ancient sorcerer in a supernatural battle beneath Chinatown. Although it was far from a hit when it initially arrived, it has become an enduring cult classic over the years. With that said, it comes as no surprise that James Wan and Patrick Wilson have a heavy interest in remaking the flick, and since filming has wrapped on Aquaman and the Lost Kingdom, they undoubtedly have a bit more time on their hands to tackle the project.

Of course, James Wan and Patrick Wilson aren’t the only names looking to reboot the John Carpenter-directed classic. Back in 2015, the same year Wan signed on to helm Aquaman, it was reported that Big Trouble in Little China was set for a remake with Dwayne Johnson circling the project. After the Disney-Fox merger, however, the project was thrust into limbo, and we haven’t heard much about it since.

Patrick Wilson and James Wan’s dream of remaking Big Trouble in Little China could one day become a reality after Aquaman 2, but until then, they’re both keeping plenty busy with a slew of other projects. First up is Insidious 5, which marks yet another collaboration between the pair and is due in theaters on July 7, 2023. After that, Wilson will reprise his role as Orm in Wan’s hotly anticipated sequel Aquaman and the Lost Kingdom, which arrives December 25. 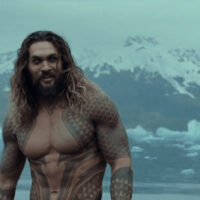 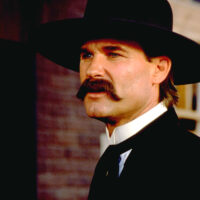 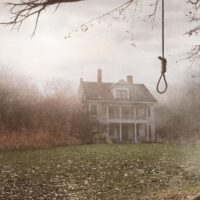 One Of The Creepiest Supernatural Horror Movies Is Streaming On Netflix