Illumination has flipped the switch on Nintendo’s favorite damsel-in-distress. A major change to Princess Peach from the Super Mario universe has got fans highly anticipating the first ever Super Mario animated feature, The Super Mario Bros. Movie. Rather than a princess in jeopardy, Anya Taylor-Joy’s Princess Peach can fight her own battles.

The revamp of the classic Nintendo character is being well-received by fans who are excited to see Princess Peach finally standing up for herself. In the newest Super Mario Bros. Movie trailer, it has been revealed that instead of waiting for a certain Italian plumber to save her from Bowser’s clutches, Anya Taylor-Joy’s Princess Peach is now taking on the role of leader and will be seen as a full-on action-heroine in the film—she even wields a halberd in the clip.

Since the second trailer was released, fans have been going nuts for the snippets of Peach that we’ve seen so far. While it was assumed that with a big name like Anya Taylor-Joy playing Princess Peach, the character probably wouldn’t be as meek and docile as she is in the games, however, a motorbike-riding, heavy weapon-wielding princess was not expected and is a very welcome surprise.

Fans are over the moon excited to see not just a “girl boss” but a powerful leader who protects the subjects of the Mushroom Kingdom.

Nintendo and Illumination first announced the project to create an animated film about one of the most-loved video game characters of all time back in 2018. Since then, Chris Pratt has become attached to the project as the titular character Mario himself—an announcement that has had mixed reviews from fans and even criticism for the way Pratt voices the character.

The screenplay adaptation of the game, which was first released in 1985, was written by Matthew Fogel, who has worked with Illumination in the past as a writer for Minions: The Rise of Gru (2022) and who has experience turning games into movies as he also wrote The Lego Movie 2: The Second Part (2019).

The film is co-directed by Aaron Horvath and Michael Jalenic. Not much is known about the plot of the film other than Mario and Luigi travel through an underground labyrinth in order to save a captured princess. Although, if the newest trailer has shown us anything, it’s probably Princess Peach who is going to be doing most of the saving.

In addition to the exciting changes in Anya Taylor-Joy’s character from the source material, fans also caught a glimpse of other aspects of the film that have ramped up anticipation. It seems that Illumination is squashing Mario Bros. outdated stereotypes like a goomba as the latest trailer not only revealed Princess Peach as a powerful and dynamic character, but it also appears that Luigi is the one Bowser has captured and the one Mario and Peach are trying to save.

Unfortunately, fans will have to wait a bit longer for the full reveal, as The Super Mario Bros. Movie will not hit theaters until April 7, 2023. 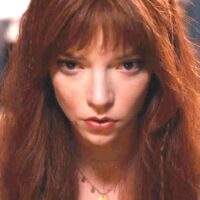 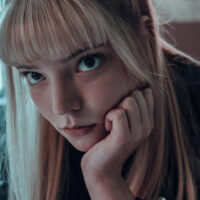 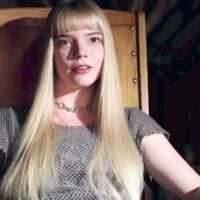 Anya Taylor-Joy Has The #1 Movie On Streaming