Related:
The New Ryan Reynolds And Will Ferrell Movie Has Received A Release Date

Antonio Banderas is teaming up with Andrew Llyod Webber to adapt some of Webber’s most famous works for Spanish-speaking audiences. The new company is dubbed Amigos Para Siempre, which translates to “friends forever.” The name is fitting, as Webber and Banderas have been good friends since 1996 when Banderas played Che in Alan Parker’s Evita adaptation. Currently, the plays The Phantom of the Opera, Sunset Boulevard, Starlight Express, Jesus Christ Superstar, Evita, Cinderella, Joseph and the Amazing Technicolor Dreamcoat, and School of Rock have been confirmed for Spanish adaptations. The announcement was made at a media event in Madrid. The Spanish-language rights to the productions will be ceded to Amigos Para Siempre by Webber’s Really Useful Group company.

Antonio Banderas has been dedicating a lot of his time to the world of theater lately, opening his own theater in his Spanish hometown of Malaga in 2019. He brought a Spanish-language adaptation of A Chorus Line to the theater, so this partnership with Andrew Llyod Webber seems like the perfect fit. The new company will also be overseen by Emanuel Nuñez, Managing Director of NuCo Media Group, and Jessica Koravos, President of Really Useful Group.

Along with working at his theater and starting this company with Andrew Llyod Webber, Antonio Banderas is still actively taking on roles, with the most recent being his turn as the villain in Tom Holland’s Uncharted movie. Banderas is staying extra busy though, as there are still three movies of his set to come out before the end of the year. The first will be Code Name Banshee which has a July 1 release date. Code Name Banshee will star Banderas as Caleb, a former assassin who resurfaces when his protege, Banshee (Jamie King) finds out about a bounty on his head. Jon Keeyes directs with a script by Matthew Rogers. Tommy Flanagan, Kim DeLonghi, Catherine Davis, and Dylan Flashner also star.

Just in time for the holidays, Antonio Banderas will also be reprising his role from the Shrek franchise with Puss in Boots: The Last Wish. Banderas returns to voice the titular character who finds out he’s burned through eight of his nine lives. Puss must go on an adventure to find the Last Wish and get his nine lives back. Salma Hayek returns to voice Kitty Softpaws with newcomers Harvey Guillen, Florence Pugh, John Mulaney, Ray Winstone, Samson Kayo, and Olivia Colman also on the cast list. Joel Crawford and Januel Mercado direct the script by Paul Fisher.

Finally, Antonio Banderas will wrap up the year with The Enforcer, which tells the story of an enforcer sacrificing everything to save a young girl from his boss, who is involved in cybersex trafficking. Richard Hughes directs the screenplay by W. Peter Iliff. Kate Bosworth, Natalie Burn, Alexis Ren, Zolee Griggs, and more co-star.

After the new year, Antonio Banderas’s next big project will be the blockbuster Indiana Jones 5. It doesn’t look like Banderas’s new role at the theater company will be interfering with his acting career anytime soon. Indian Jones 5 is expected to come out in the summer of next year. 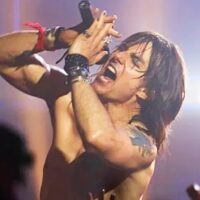 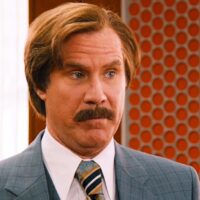