A Major Marvel Villain Is Returning In Ant-Man 3

Ant-Man 3 just got a major update. Pym Technologies hasn’t seen the last of megalomaniac genius Darren Cross, insiders from Vanity Fair report. Hank Pym’s self-seeking former protégé, played ingeniously by First Man’s Corey Stoll, is suiting up and making a cameo appearance in Ant-Man and the Wasp: Quantumania, though in what form we aren’t sure.

An enlarged Yellowjacket helmet was among the many Easter eggs featured in episode five of Loki; an alternate-reality version of Darren Cross was revealed to have been pruned by the Time Variance Authority (TVA) and casually transported to the Void, a garbage dump at “the end of time” housing the remnants of the multiverse and any unwanted Variants. This means a Yellowjacket — not necessarily our Yellowjacket from the prime universe — may be turning up in Ant-Man 3.

The Ant-Man 3 news came from senior writer Joanna Robinson who hosted yesterday’s Still Watching segment on Episode 5: “Journey Into Mystery” and was joined by fellow podcaster Marc Bernardin and comic book writer Daniel Kibblesmith in breaking down this week’s latest on the many Variants of the god of mischief. Robinson confirms Cross’s Ant-Man 3 return on air. “There’s a Yellowjacket helmet,” she pipes. “This large version of the helmet that I suppose Corey Stoll wore in Ant-Man. And the only reason that is super interesting to me is because there’s a theory going around that all of the TVA stuff is taking place in the Quantum Realm because it’s a place out of time.”

The plot of Ant-Man 3 is presently anyone’s guess, but judging by the title, it involves the Quantum Realm in a much bigger capacity than in earlier movies. Avengers: Endgame already established the Quantum Realm exists independent of the timestream, which allowed Scott Lang to practically sit out the Snap and survive long enough to precipitate the Time Heist.

Evangeline Lilly, who plays the titular Wasp, had inadvertently outed Darren Cross’s involvement in Ant-Man 3 when she shared a snapshot of the film’s white draft of the screenplay on social media and included actor Corey Stoll in her tags. The Instagram post was promptly deleted, but doing so only proved what fans already suspected. Yellowjacket is coming back.

Of course, Quantumania’s Darren Cross may not be the persistent nag we remember in Ant-Man 3; the prime universe’s Yellowjacket was squished to oblivion when Scott Lang messed with his shrinking tech, but was he really? When Lang went subatomic, he didn’t perish — he was sent to the Quantum Realm, which exists entirely outside reality. It’s just as likely Cross found his way there too, and like Lang, has eventually managed a workaround and escaped.

But with the multiverse playing a massive role in Phase Four, Ant-Man 3 included, and the Quantum Realm essentially functioning as an alternate doorway to said multiverse, the Darren Cross in Ant-Man and the Wasp: Quantumania may simply be one of the character’s numerous Variants. It would be a more consequential way of showing inflections of the multiverse gradually seeping into the primary timeline, by simply having a Variant of one of Scott Lang’s most formidable enemies run amok in a different Earth.

Kathryn Newton (Detective Pikachu) is taking over from actress Emma Fuhrmann as Lang’s teenage daughter Cassie. Peyton Reed returns once more to direct the sequel. The cast is currently filming in Atlanta. Production is expected to conclude sometime in 2022. Ant-Man 3 hits theaters on February 17, 2023. 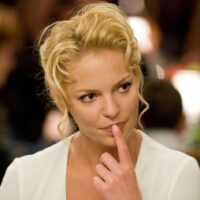