Ant-Man 3 is still very much part of Marvel’s Phase Four of movies but it’s going ahead without an actor from a previous film. The movie, titled Ant-Man and Wasp: Quantumania, is scheduled for production this year with filming having just gotten underway. But they are leaving one of the key figures from the first two movies out of the mix. That’s because in wake of current disturbing allegations against him and his wife. Tip “T.I.” Harris won’t be reprising the role of Dave in the film.

Harris played a part of Scott Lang’s X-Con security crew in the first two movies, Ant-Man and Ant-Man and the Wasp. His character Dave was friends with Michael Pena’s Luis and helped offer even more comedic relief around the proceedings. Having no superpowers, the trio of X-Cons was there to back up the titular crimefighters while giving the movie a little sense of grounding in the “real world”. But after the recent bout of news regarding Harris and his wife Tameka, and allegations of abuse, the actor has been removed from the production of Ant-Man 3.

The allegations against Harris and his wife surfaced a few weeks ago with multiple women claiming the pair engaged in activities that had them allegedly drugging and committing sexual assault. The alleged incidents come from numerous women with a timeline spanning many years. Harris and Tameka fully deny the accusations but in the meantime, Ant-Man 3 will no longer include him in the script. This is presumably forever, but at least until the current bout with the legal system has been resolved in some fashion.

Harris played a relatively minor role in the first two Ant-Man movies, accompanying Paul Rudd’s Scott Lang on a few different capers, but also coming to be integral to the action when needed. From a story perspective, having him not return likely doesn’t offer much in the way of major hurdles for the production. And some rumors have it that the script was still being finalized when these allegations first surfaced. There’s a thought that his character, even then, was being written out of the new movie.

Ant-Man 3 just got underway with its filming this month and will further the stories of Ant-Man and Wasp. We saw both return for the events of Avengers: Endgame with Rudd’s Lang character actually playing a critical role in saving the universe when it was all said and done. The character has been a welcome addition to the Marvel Cinematic Universe with a strong comedic take not seen in some of the other films.

It’s a little unclear which direction Ant-Man 3 will take with Quantumania or how it will fit into the larger Marvel Phase Four plans. It’s sure to include the Quantum Realm at least, but beyond that is something of a mystery. In the past, these characters’ stories have been mostly removed from the other bigger narrative arcs with Lang’s Ant-Man stepping in at times when big or small hands were needed. But whatever way it goes, T.I. Harris and his Dave character won’t be part of the mix. 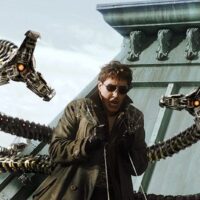