Ant-Man 3 will see David Dastmalchian return to the Marvel franchise on February 17. But the actor won’t be playing his original character. Instead, he will be stepping into a new role as a character named Veb. The news was revealed in a press release from the studio, but no further details were offered. Although the 47-year-old hadn’t previously been confirmed for the film, he was listed on the theater standee.

Before Ant-Man 3, David Dastmalchian appeared in the first movie as Scott Lang’s friend and roommate, Kurt Goreshter. After working as a hacker, Kurt, along with Luis and Dave, became known as the Three Wombats once their friend became a superhero. The trio also started a company called X-Con: Security Consultants. The name served as a nod to their time as ex-convicts and their Marvel Comics story arc.

But Ant-Man 3 isn’t just bringing David Dastmalchian back as a different character. Corey Stoll, who brought Darren Cross/Yellowjacket to life in the 2015 movie, is also returning as someone else. As confirmed in the trailer, the 46-year-old is playing MODOK, also known as Mental Organism Designed Only for Killing. The villain is the leader of the A.I.M. enterprise with a giant brain and tiny limbs.

Following his casting in Ant-Man 3, David Dastmalchian became one of the few actors to tackle different roles in the Marvel Cinematic Universe. Gemma Chan appeared as Kree sniper Minn-Erva in Captain Marvel. She later went on to star as Sersi in Eternals. Mahershala Ali portrayed Cottonmouth in Marvel and Netflix’s Luke Cage and now is set to star in Blade.

Since Ant-Man 3 follows Scott Lang and Hope van Dyne as they encounter Kang the Conqueror in the Quantum Realm, David Dastmalchian’s new character might be a variant of Kurt created by the supervillain. Directed by Peyton Reed from a script by Jeff Loveness, the story also sees Cassie Lang become the Young Avengers heroine known as Stature.

Meanwhile, before joining the MCU and his new role in Ant-Man 3, David Dastmalchian was a struggling actor. He was mostly known for small roles in The Dark Knight and Prisoners. But his career changed dramatically after Edgar Wright cast him in the first Ant-Man movie. The comedic role was also a departure from his darker work.

Although Wright eventually left the project, director Peyton Reed kept the actor in the movie. He even asked him to come back for Ant-Man and the Wasp. Since then, the 47-year-old has become a big-budget regular. He’s starred as The Polka-Dot man in The Suicide Squad and landed roles in Blade Runner 2049 and Dune. After Ant-Man 3, David Dastmalchian will star in Oppenheimer, The Boston Strangler, and The Last Voyage of Demeter, The Hollywood Reporter says. 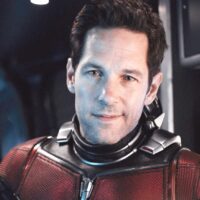 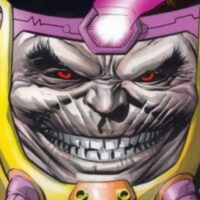