Anne Hathaway Made A Heist Movie Called Locked Down, Watch The First Trailer

Locked Down. The title alone sends pandemic shivers up the spine. And while the movie is exactly what the title suggests, Anne Hathaway and company plan on giving it their all to make you smile, as evidenced by the trailer that just dropped.

You can see the trailer for Anne Hathaway’s Locked Down right here.

The movie stars Anne Hathaway and Chewitel Eijofor as a couple living together in London, England. All is not well for Linda and Paxton as not only are they bickering to the point of no return, but London has also just been hit with their pandemic lockdown orders, meaning the couple will be shut in with no relief from each other for two weeks. Things couldn’t get any worse. Well, they do because Paxton gets furloughed from his no longer essential job.

Life continues to be miserable for the couple. Linda has to fire staff over Zoom, Paxton no longer has any purpose. Then come the calls to our bickering couple. All major department stores are shutting down and needing their valuable items removed from the stores for safekeeping. Linda, who works for the world-famous Harrods department store, begins to get a glimmer of an idea. Suddenly, the movie shifts into a heist caper with Linda and Paxton planning the heist of a Harrods diamond worth 3 million pounds. For those who may not know of the store, Harrods is one of the oldest and largest department stores in all of Europe that comprises 330 departments and covers 1.1 million square feet of retail space. It is luxurious and is known for its Latin motto “Omnia Omnibus Ubique” which, as we all know, translates to “all things for all people, everywhere.” The department store owners, which happens to be the state of Qatar, granted the filmmakers permission to use the famous store as its backdrop.

Locked Down is described as a romantic comedy with some crime aspect to it and from the looks of the trailer, it definitely has all those elements. The movie, written by writer/director Steven Knight, was shot in London over an 18-day timespan in London during the COVID pandemic, which still continues to this day. Knight has some history with Hathaway as he wrote and directed her in the 2019 feature Serenity, a movie that could be described as “WTF” that also has the most unbelievable ending a movie can have. Serenity starred Oscar winner Hathaway alongside Oscar winner Matthew McConaughey and begs the question, what exactly was Steven Knight smoking when he wrote this movie?

In addition to Anne Hathaway, Locked Down also stars Sir Ben Kingsley, Mindy Kaling, Ben Stiller, and Lucy Boynton, who took over for Lily James when James had to drop out of the film. The movie is being directed by Doug Liman whose resume includes Swingers, The Bourne Identity, Mr. & Mrs. Smith, Jumper, and Edge of Tomorrow.

Locked Down was never scheduled to release in movie theaters as it was an HBO Max original. It will debut on the struggling streamer on January 14, 2021, in hopes that audiences will begin to venture over to HBO Max. The streaming service has been nothing if not disappointing with its numbers since its launch in May 2020. It recently received a boost in numbers with Wonder Woman 1984 but the mediocre reviews (not by us) and unexpected controversy of that movie have slowed things considerably. 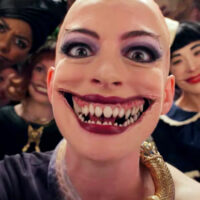 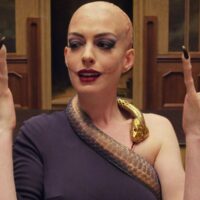