Famed cinematographer and director Jan de Bont decided enough was enough. His time as director in the 2003 Angelina Jolie action movie Lara Croft Tomb Raider: The Cradle of Life was so miserable that it caused de Bont to carefully consider what was next for him. Ultimately, the bad experience, after all his years in film, was so will-breaking that he walked away from the movie industry and hasn’t looked back.

Cradle of Life was the sequel to Lara Croft: Tomb Raider, the first Angelina Jolie Lara Croft movie based on the video game franchise. De Bont took over directing duties for the second film from Simon West, who held the reins for the first movie. Now, de Bont was a veteran in the movie industry. A highly regarded cinematographer and now a director who had been through and seen it all. Or so he thought.

De Bont took on Cradle of Life after the moderate success of the first movie and as a chance to work with Angelina Jolie. When asked about his time on the Cradle of Life set, de Bont was quick to point out that his issues, and what ultimately caused him to walk away from Hollywood, was not a Jolie issue. He didn’t have any problem with the oft-mercurial actress. No, his issues came directly from the studio and their massive amount of interference.

He explained to Uproxx in a lengthy interview, “Yeah. It was not such a great experience. But more from the reason how the studio tried to really interfere with it in a way. And the thing itself is that the makers of the game were also involved. And they never told me that they, also, have a say in the story. Suddenly there were all these changes that have taken, and who had to be what, and what cast. And then suddenly it became such a big scene. Everything was a big deal. And then the very first day of shooting, it was in Greece, on the Island. The very first day, we got a call, ‘Oh, I want to congratulate you on your first day. And by the way, you have to cut $12 million out of your budget.’ The very first day! And in those days, $12 million, that’s like four scenes.”

Jan de Bont cut his teeth as a cinematographer. He was born in the Netherlands so much of his early work centered around Dutch productions. His first work in America would come on the 1978 documentary Speed Fever and from there, his list of impressive films grew as fast as his reputation as a great cinematographer. He worked on Cujo, All the Right Moves, The Jewel of the Nile, Die Hard, The Hunt for Red October, Basic Instinct, and Lethal Weapon 3.

With all his amazing camera work on these films, it was only a matter of time that de Bont would take charge and run the whole show as a director. He got his first chance with the 1994 massive hit Speed that starred Keanu Reeves and Sandra Bullock. He followed that up with Twister, then, unfortunately, went to the well one time too many with his Speed sequel, Speed 2: Cruise Control. De Bont came back with the eerie The Haunting and then took on another sequel, the career-ending Lara Croft Tomb Raider: The Cradle of Life starring Angelina Jolie.

De Bont questioned the studio and then went on to explain his dealing with Angelina Jolie and even though they had their moments, she was actually fun to work with. “And I said, wait a second. So what happens to the storyboard? You’re going to create massive gaps in this story. And then how do you fill it? What are you going to replace it with? And then that kept following us. It was really … it’s a pity. I kind of like working with her [Angelina Jolie], and she’s a character, but I thought she was a very interesting character to work with. She’s definitely very opinionated. But not in a negative way, I feel. She was difficult to work with, but for me it was, probably, not a problem. I didn’t really see anything negative at that time. And I really ended up liking her very much, so.”

It is hard to see, even if de Bont, or any director for that matter, walking away from a Hollywood career based on how an actor or actress would act on the set. An actor can be replaced unless they are the draw of the movie, then it would be the director who would move on to another project. Such is life in Hollywood. So what was it that eventually told de Bont it was time to give up Hollywood?

He told Uproxx, “And then basically you say, wait a second, every movie’s going to be like this? Where the studio has a say in what will be done, what scenes have to be in, and even what kind of shirts somebody has to wear at one point? They didn’t like the buttons on one shirt! I still remember, I got a call, ‘I didn’t like the buttons on the shirt.’ I don’t even remember. What was the guy’s name? The male lead in that movie? Man, I forgot his name. But then, ‘Wait a second. You’re calling me because you don’t like the buttons on the shirt?’ That was so absurd. Really. And then also having to really constantly deal with budget issues.” The actor de Bont could have been talking about was either Gerard Butler or Ciarán Hinds as both were the male leads.

For all of de Bont’s time in Hollywood, the fact that he already had directed four films prior to the Angelina Jolie film Cradle of Life, it seems crazy that he is just understanding how studios work. He did want to work on movies after Cradle of Life, but as he explained, “There were films that I wanted to work on, and unfortunately they also did not get made. None of them got made. I said, wait a second, is this too much work? This is too difficult. Because I felt this wasn’t a traditional period, where studios were taking a much bigger part in the making of the movie. And it became… that’s not worth it. You know?”

One of those other films he had tried to give life to was Godzilla. “I went to Japan, I met with the people at the studio, and they loved my version. It was basically that the visual effects at the time, and also special effects-like the way they did in the [original] Godzilla movies, which, I had copies of all of them-it became a battle about the budget. So, the person who ended up doing the movie said that he could do it for like $40-50 million less than my budget. Mine was, I think, around $100 million or so. Of course, that never happens-and his film ended up costing almost twice as much as my budget. Unfortunately, they believed him,” de Bont explained via Movieweb.

DeBont’s Godzilla experience came a few years before the final straw that was the Angelina Jolie blockbuster Cradle of Life. It was an experience that told de Bont time was finally up on his Hollywood career. It’s a true shame, de Bont is a talent greatly missed. 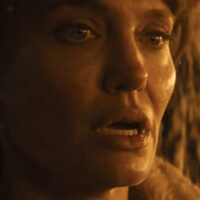 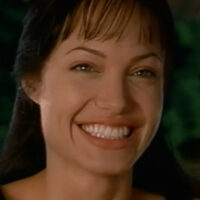 Why Angelina Jolie Gave Up On Directing