Related:
The Walking Dead Is Selling Its Best Props

After four years, the original hero of The Walking Dead is finally returning to the franchise and he won’t be alone. Both Andrew Lincoln and Danai Gurira are both returning to the post-apocalyptic world in a new series. The new show was announced on Friday at San Diego Comic-Con.

Both Andrew Lincoln and Danai Gurira appeared onstage during the final Walking Dead panel on Friday at SDCC. That’s when the pair surprised the pleased fans by announcing the new show. According to a press release from AMC Networks, both Lincoln and Gurira were closely involved in the creation of the new series. The release describes the show as an “epic love story of two characters changed by a changed world.” We’ll finally find out what happened to Rick Grimes after that helicopter ride, and we’ll follow Michonne’s journey to find her Rick. While no precise premiere date was announced, the release does say to expect the new show in 2023.

As for the new series’ title, the show will be called… well, we don’t know. AMC’s press release does not, in fact, include a title for the new series. However, considering the titles of all the spin-offs either announced, ongoing, or already concluded, we can guess the words “walking dead” or at least “dead” will be in there. Considering how much the release focuses on the continuing love story between the characters played by Andrew Lincoln and Danai Gurira, maybe Love of The Walking Dead? That sounds like a documentary about fans of the show. Lovers of the Dead? That just sounds inappropriate. Maybe it’s best to stick with something simple like Michonne & Rick — this love and dead thing is weird.

Andrew Lincoln was the original lead actor of The Walking Dead while Danai Gurira was introduced as the sword-wielding Michonne in the season 3 premiere. She meets Rick Grimes soon after the death of his wife Lori (Sarah Wayne Callies). Rick is wary of Michonne at first, but she begins to win his trust by showing empathy and understanding for his visions of his dead wife. A romance eventually develops and they have a son together. When she departs to find Lincoln’s character, she leaves Rick Grimes Jr. (Antony Azor) in the care of Daryl (Norman Reedus) and Judith (Cailey Fleming).

Whatever Andrew Lincoln and Danai Gurira’s series is called, it will join a growing list of spin-off series erupting out of the end of the home series, The Walking Dead. Along with its already longest running spin-off, Fear the Walking Dead, there is a Daryl-focused spin-off on the way. Reedus was originally supposed to join Melissa McBride for a Daryl/Carol spin-off, but in April the news came McBride would not be involved. AMC said McBride wasn’t able to relocate to Europe for the filming of the show, necessitating a new direction for the series. Former mortal enemies Negan (Jeffrey Dean Morgan) and Maggie (Lauren Cohan) will team up for Isle of the Dead which promises to finally show what has become of New York City in the wake of the zombie apocalypse. Then there will be Tales of the Walking Dead — an anthology series that will tell stories of different characters at different points of time. Stars set to appear include Terry Crews, Olivia Munn, Parker Posey, and Anthony Edwards. 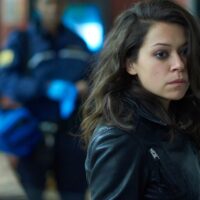