Andor showed the headdress that Natalie Portman wore as Padme in Attack of the Clones.

Andor has certainly set itself apart from the rest of the Star Wars continuity, as it is focusing more on Andor Cassian and those who eventually become the main players in the Rebel Alliance. For those who have not seen episode 10, look away, as the rest of this piece will contain spoilers. Disney cannot help itself at times, and now the newest episode of Andor has revealed a Natalie Portman easter egg in the form of the metallic headdress that Padme Amidala wears when she travels back to Naboo with Anakin in Attack of the Clones.

The metallic headdress shown in Andor and on Natalie Portman being in the possession of Luthen is quite odd, and it has made fans quite curious about why he would be in possession of an item that belonged to a senator and someone of high ranking. There are additional rumors and theories that Luthen is a secret Jedi, after his speech in the same episode made it seem as though he had fallen to the Darkside. Possessing an item like this might make many believe that Luthen was once a Jedi Knight who was able to evade capture and execution during the events of Order 66.

Another theory of why this easter egg in Andor references Natalie Portman and Padme Amidala was that at this moment when she is shown with the metallic headdress, she is in danger of assassination. Fans have begun to think that Luthen might be facing the threat of assassination, as the director could have shown the item as a bit of foreshadowing for the fate of Luthen. Luthen is a major player in wanting to take down the Empire, and the Empire is likely wanting to seek him out to stop him from furthering the rebellion.

The hope now would be that the Empire attempts to seek out Luthen and he reveals himself to be a Jedi, and a great fight ensues. However, Andor is better off not leaning on the mysticism of the Jedi and lightsabers to be great and showing Natalie Portman’s Padme headdress might have just been a fun easter egg for fans. Premonitions are certainly known in the Star Wars universe but relying solely on the soldier and espionage aspect has made Andor stand on its own.

Andor Season 1 is about to wrap up and showing Natalie Portman’s headdress might have just been a fun easter egg that Disney wanted to incorporate as a head nod to the the entirety of the franchise. Then again, Luthen might be discovered as a Jedi for the season finale, or at least in the second season. Either way, we are excited about the future of this series.

Andor Season 1 episode 11 will debut on Disney+ on November 16th. We will certainly know more then, and possibly understand why Andor decided to show Natalie Portman’s Padme headdress. It could just end up being a relic that showcases the fashion of those times, though Padme had only been dead about 15 years at this point. 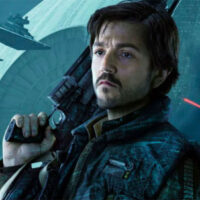 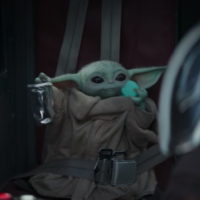