Fans of Enchanted won’t have to wait too much longer to return to the kingdom of Andalasia, as the sequel Disenchanted is set to hit Disney+ before the end of the year. As the release date closes in, we’re getting more and more updates, including this new on-set image of Amy Adams’ Giselle staring down newcomer Maya Rudolph’s Malvina Monroe. Check out the image below:

It’s been 15 years since we last saw Amy Adams in this role, so undoubtedly a lot has changed in the world of Enchanted. According to the new synopsis, the movie will be set ten years after Giselle found happily ever after with Robert Philip (Patrick Dempsey). The sequel will see Giselle, Robert, and Morgan (Gabriella Baldacchino) moving to the suburb of Monroeville, which is overseen by the nefarious Malvina Monroe. After a wish for her family’s life to be a perfect fairy tale goes wrong, Giselle must rush to save her family and Andalasia before the clock strikes 12.

We’ve definitely seen stories like this before, but Amy Adams and the rest of the cast are sure to bring the Enchanted charm to the table. In addition to Adams, Dempsey, Baldacchino, and Rudolph the movie will also be starring James Mardsen and Idina Menzel in their roles from the original. Newcomers include Yvette Nicole Brown, Jayma Mays, and Oscar Nunez. Adam Shankman (Rock of Ages, A Walk to Remember) is directing the script from Brigitte Hales, Richard LaGravenese, Scott Neustadter, and Michael H. Weber. The stalwart Disney composer Alan Menken is returning to contribute music to the sequel.

It’s not very often that we see Amy Adams reprising a role, with the notable exception being Lois Lane in the DC Universe. As Lois Lane, she appeared in Man of Steel and various other DC films. With Henry Cavill’s status of Superman up in the air, it’s unclear if we’ll be seeing more of Lois Lane in the future. Seeing Adams return as Giselle is definitely a different kind of role, but it will be interesting to see what she does with a character over a decade after their introduction.

If Disenchanted isn’t exactly your cup of tea, Amy Adams has another movie on the horizon that has a much stranger premise. Her movie Nightbitch is currently in pre-production. The movie is about a stay-at-home mom who believes she might be turning into a dog. The other details about the movie are pretty light, but Annapurna Productions is on to produce the movie. They worked with Amy Adams on The Master and Her, which are both masterpieces in their own right, so it’s possible that Nightbitch could be a pleasant surprise.

She’s also set to star in the TV mini-series Kings of America which tells the story of three powerful women — a Walmart heiress, an executive, and a Walmart salesman/preacher. Details are light on this one as well, with no release date announced. Disenchanted will be the newest movie we’ll get from Amy Adams, and you should be able to stream it before the end of the year. 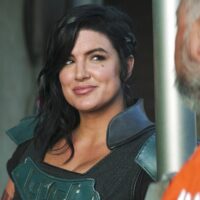 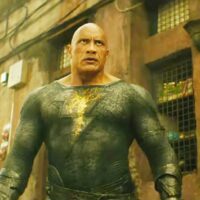