The early Amy Adams rom com Leap Years is in the top 10 movies streaming on Netflix.

The next leap year won’t happen until 2024, but that isn’t stopping the Amy Adams romantic comedy classic Leap Year from trending on Netflix according to flixpatrol. Although Adams is one of the most sought-after actresses now, causing her to have been featured more than once in rankings of the highest-paid actresses in Hollywood, Leap Year was one of the first films in the American Hustle actress’ now highly brimming portfolio. Despite making the film early in her career, Adams is as charming as ever as the leading lady.

After four years of dating, Anna Brady (Amy Adams) is frustrated that her boyfriend, Jeremy Sloane (Adam Scott), has not yet proposed to her. When she hears about an Irish tradition where the woman can propose on Leap Day, and the man must accept, Anna follows Jeremy to Dublin, where he is attending a cardiology conference. However, in the way of traditional rom-coms, things don’t go so easily for Anna, and throughout a series of misadventures, the plot becomes more complicated as Anna begins to fall for an Irish innkeeper named Declan (Matthew Goode).

Though Leap Year is a cute and charming romantic comedy, it definitely doesn’t make it on the list of Amy Adams’ best features. The film did modestly well at the box office after its release, with a worldwide gross of $32.6 million, countering a production budget of $19 million—a feat that is even more impressive when considering the film was up against big blockbuster movies like James Cameron’s Avatar and Guy Ritchie’s Sherlock Holmes starring Robert Downie Jr.

However, despite making a profit, the film did not bode well with either critics or audiences. The movie is considered a splat with the film review site Rotton Tomatoes, having only received 23% approval from critics and a 47% approval rate from audience members. The general consensus from reviewers is that while movie watchers love Amy Adam’s charming and naive character, the actress’s acting was not enough to overpower a dull script.

Amy Adams has been active in Hollywood since 1999 when she made her film debut in a supporting role in the dark comedy Drop Dead Gorgeous. However, it would still take many years before the actress’s career really took off, and she would supplement her time by taking small and supporting roles in various television shows and movies.

In 2002, Amy Adams had what should have been her breakthrough role as the adorable nurse Brenda Strong in Steven Speilberg’s biopic of Frank Abagnale Catch Me If You Can, starring Leonardo DiCaprio. However, despite getting critical praise for her part in the film, Adams would remain unemployed for a full year after wrap. Finally, the actress was cast in her breakthrough role as the talkative pregnant woman in Junebug in 2005, which earned Adams an Academy Award nomination.

After Junebug, Amy Adams’ career began to take off, and she was cast as the Disney princess Giselle in 2007 and then as Anna in Leap Year in 2010. Adams has now been nominated for six Academy Awards, seven British Academy Film Awards, two Primetime Emmys, and has won two Golden Globe Awards. Her latest feature saw her reprise the role of Giselle in the 2022 sequel to Enchanted, Disenchanted. 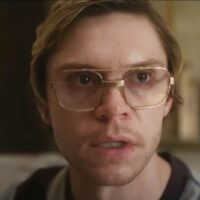