We are still unaware as to exactly who has fallen ill with COVID, but Variety reported that it was indeed an actor on the series. The cast and crew of American Horror Story have responded by labeling the event “Zone A” and have been steadfast in following previously established COVID health and safety protocols, part of which includes contact tracing of all cast and crew who were recently with the infected individual to then be followed by a quarantine period.

It is still up in the air as to exactly when American Horror Story will resume production. People wrote that they had attempted to obtain a statement from FX regarding when filming will begin again, but they have yet to receive a response. This delay due to COVID comes after the entire production for American Horror Story: Double Feature was initially shut down in 2020, also due to the pandemic. This came as a disappointment for viewers eager to see what changes Ryan Murphy made to the program as it enters its tenth year and also those curious to know just what cast members would be re-appearing in this milestone season. Currently, the show is set to premiere on August 25, 2021, but without any concrete evidence as to how long production will be shut down for it remains to be seen whether or not that date will change.

While the halt in production has come as a blow to fans who have been early anticipating American Horror Story’s tenth season, it was especially upsetting for those fans looking forward to Macaulay Culkin’s debut on the decade-old series. Pictures of Culkin filming on set recently surfaced a few months ago. The unveiling of those pictures also came alongside reports about the type of role Culkin was cast for. Ryan Murphy, the creator of American Horror Story, had no problem revealing that Culkin’s character would be absolutely crazy and also be involved in some very erotic sex scenes. In fact, Murphy went as far as to tell E! News, in an interview that took place back in May of 2020, that fans might very well see such a scene between Macaulay Culkin and Hollywood legend, Kathy Bates.

Even though fans will still have to wait and see if Culkin and Bates really did have on-screen sex, they can still get their American Horror Story fix right now on Hulu. An off-shoot of the main series, American Horror Stories, is currently available to watch on the streaming service. The series is said to be an homage to a lot of the older characters, namely ghosts, and should adequately indulge fans until that new season makes its debut. 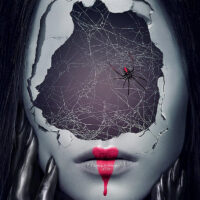 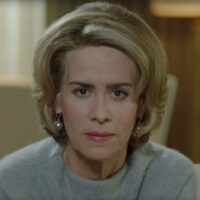