The first look at the new American Horror Story season shows a woman covered in spikes,

According to Deadline, FX’s long-running horror series American Horror Story will return later this month for its 11th season, and the network has given us our first look at the forthcoming installment in the form of a freakishly delightful poster. The artwork features a woman with silver spikes protruding out of her arms, who’s striking a sexy pose while dressed in a revealing leather outfit, with matching heels and fishnet leggings. The new one-sheet also confirms the title of the upcoming season, AHS: NYC.

The new installment of American Horror Story is set to premiere Wednesday, October 19th, with the first two episodes dropping on FX and streaming the following day on Hulu. AHS: NYC will consist of 10 episodes, with two episodes released every Wednesday for four subsequent weeks. While we now know the setting for the upcoming season will shift to the Big Apple, plot details are extremely minimum at this time.

Since premiering in 2011, American Horror Story has been nominated for approximately 400 awards, and the horror series has taken home 128 trophies, including 16 Primetime Emmy Awards in several categories that range from best performances to costume design to makeup. Although reception to individual seasons has varied, the show has been well received by both critics and fans alike for the most part. The series consistently pulls in high ratings for FX, with its first season being the most-viewed new cable show of 2011.

The next installment of American Horror Story, AHS: NYC, is being produced by 20th Television, with Ryan Murphy, Brad Falchuk, Alexis Martin Woodall, John J. Gray, Manny Coto, Jennifer Salt, and Our Lady J serving as executive producers. Although plot details for the new season are being kept under wraps, we do know the titles of the first four episodes and they are as follows: Episode 1: “Something’s Coming,” Episode 2: “Thank You for Your Service,” Episode 3: “Smoke Signals,” Episode 4: “Black Out”. The first two episodes will premiere together on October 19th, with the next two episodes dropping the following week on October 26th.

While you wait for the 11th season of American Horror Story to debut, you can check out another nightmare-inducing series from the terrifying mind of Ryan Murphy, Dahmer – Monster: The Jeffrey Dahmer Story. The biographical show was co-created by Murphy and Ian Brennan and stars AHS veteran Evan Peters as the notorious serial killer. The highly acclaimed, 10-episode limited series achieved a huge record by becoming the most watched show on Netflix since Stranger Things Season 4 debuted on the platform back in May. 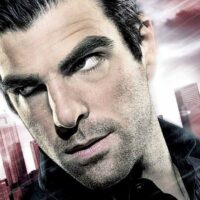 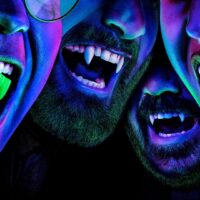 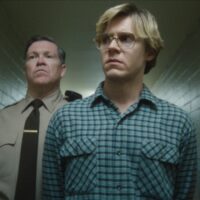