Ever since the legal battles between Johnny Depp and Amber Heard resulted in Depp’s firing from the Fantastic Beasts franchise, it seems there have been nonstop rumors about Heard’s involvement with the future of Aquaman. There have been rumors ranging from her leaving the franchise to even taking over as Aquaman from Jason Momoa, or getting her own series on HBO Max. The latest of these never-ending rumors states that Amber Heard has been fired from Aquaman 2 and is being replaced by Game of Thrones‘ Emilia Clarke.

This rumor seems to stem from a two-month-old Forbes piece, in which the writer states that Emilia Clarke is replacing Amber Heard in Aquaman 2. While this seems to have been simply the result of the Forbes writer reading bad news online, the internet seems to be running with it. However, while many seem to believe the Clarke part of this rumor isn’t true, it seems like, for some reason, the part about Amber Heard getting fired is still receiving some traction.

Late last year, Amber Heard reported that she was excited to start filming Aquaman 2, which is supposed to start production this year. As of right now, that is the last official word that has come from either Heard of Warner Bros. If the last year has taught us anything about people leaving Warner Bros. projects, however, it’s that the public usually finds out about these developments soon after they happen.

For example, after Warner Bros. asked Johnny Depp to resign from the Fantastic Beasts franchise, it was soon made known that this was in fact the case, and also that Mads Mikkelsen would be replacing him. Or earlier this year, when Ray Fisher left the role of Cyborg in future DC projects, it was made clear that he had left the project and would not be playing Cyborg any longer. If Amber Heard was leaving Aquaman 2 and especially if she was being replaced by Emilia Clarke, it seems incredibly likely that either Heard or Warner Bros. would have actually made a statement about this. As of right now, there has been nothing of a sort.

At this point, Aquaman is actually DC’s most successful franchise in their film universe, as Aquaman is the ninth highest-grossing superhero film of all-time, and the only DC film in the top 10. Aquaman made over $1.14 billion worldwide, most of that coming from international markets. Considering this is one of their most profitable properties, it seems extremely unlikely that Warner Bros. would want to do anything to shake up the franchise’s popularity, especially firing or recasting the film’s second-biggest star.

Right now, any rumors of Amber Heard getting fired from Aquaman 2 seem to be little more than baseless rumors. Warner Bros. has shown recently that the studio will let the public know relatively quickly if they plan on replacing one of their major actors in a project. As for now, it seems as though when Aquaman 2 releases on December 16, 2022, it will star both Jason Momoa and Amber Heard. 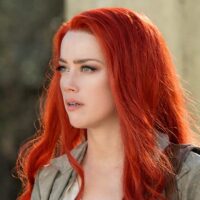