Ever since the much-publicized and quite embarrassing court case last summer involving Johnny Depp in his lawsuit against the British tabloid The Sun, there was a certain section of fans who wanted to see Amber Heard removed from the Aquaman 2 cast. This group was incredibly vocal about their disappointment that she would stay on as Queen Mera in the production. But despite a public outcry over her role in the movie, it doesn’t look like Heard was ever in danger of losing her gig. In an interview with Deadline, Aquaman 2 producer Peter Safran reiterated the studio’s commitment to Heard and said they never entertained the idea of letting her go.

The interview with Peter Safran happened on the Deadline Hero Nation Podcast and he was pretty specific about how, if at all, the Johnny Depp fans crying foul about Amber Heard affected their decision-making on a studio level. He said, “I don’t think we’re ever going to react to, honestly, pure fan pressure…We felt that if it’s James Wan, and Jason Momoa, it should be Amber Heard. That’s really what it was.”

This is a pretty clear statement about where Safran and company saw the wave of public dissension when it came to Amber Heard in Aquaman 2. Namely, it appears like they may have briefly discussed or at most, monitored the situation, but really were never close to acting on anything that was happening in the public sphere. It would have likely been overly reactionary to remove her character from the movie, and by proxy, the rest of the DC Extended Universe, and the decision was made early on to keep her around in the role.

All of this stems from the divorce proceedings and subsequent court case involving Johnny Depp last summer. When The Sun labeled Depp a ”wife-beater” in his marriage to Amber Heard, the actor subsequently sued the publication for libel. To argue their case, The Sun went to court to effectively prove their case to the letter of the law. That meant bringing out a number of sordid details from the couple’s relationship. It was a mess of revelations about what went on during the brief time they were married.

In the fallout of this case, in which Amber Heard was asked to testify, Johnny Depp found himself fired from a couple of different productions including the Fantastic Beast and Where to Find Them. It marked a major move for that movie considering where they were in production. And he was also asked off of a cameo in the Pirates of the Caribbean reboot as well. And even a movie he has already filmed has been effectively buried by the studio because they don’t want the public pressure of answering questions around Depp.

Meanwhile, Johnny Depp fans wanted a similar fate for Amber Heard, taking to the internet in droves to sign petitions calling for her Aquaman 2 ouster. A Change.org petition reached over 1.8 million signatures asking DC to take her out of the sequel. Predictably, it had little effect on how the studio wanted to roll here and she is reprising her Queen Mera role in The Lost Kingdom. There is speculation that she will have an even bigger part this time around. 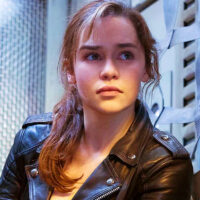