Live-action anime adaptations in Hollywood tend to come with a stigma, cursing nearly every attempt at bringing the beloved genre to life on screen. Films like Death Note, Dragonball Evolution, and even the recent flop of the highly anticipated Cowboy Bebop series on Netflix are just a few examples of failed titles. With that being said, not all anime adaptations have been a complete failure. Now, one of those most popular and successful anime films may be getting a sequel. Alita: Battle Angel director Robert Rodriguez recently discussed details surrounding the possibility of bringing the beloved character back to the big screen in Alita: Battle Angel 2.

The director and showrunner behind the first adaptation of the popular cyberpunk action film has been busy ramping up for the release of his latest Disney endeavor — directing and writing for The Book of Boba Fett. The well-known From Dusk Till Dawn director recently sat down with The Hollywood Reporter for an in-depth conversation about bringing the upcoming Star Wars series to life, but that’s not the only thing he discussed. Looking forward, Rodriguez discussed upcoming projects, along with the possibility of bringing Alita: Battle Angel back to life with a sequel. “Jim and I talked about it recently, and we’re still very interested,” he says. “I told him, ‘Let me deliver Boba and then let’s figure out a pitch.”

The adaptation Alita: Battle Angel was brought to life from the minds of Robert Rodriguez and renowned filmmaker James Cameron. The 2019 film was based on the Japanese manga artist Yukito Kishiro’s 1990 series, Battle Angel Alita, along with another video animation adaptation from 1993. The film starred Rosa Salazar through performance-capture animation as Alita, a cyborg who awakens in a new body with no memory of her past as she must survive in a morally compromised world and discover her past. Restored by the compassionate Dr. Dyson Ido, Alita sets out for the Iron City to discover her identity. The ensemble cast also featured Christoph Waltz, Jennifer Connelly, Mahershala Ali, Ed Skrein, Jackie Earle Haley, and Keean Johnson.

Originally announced in 2003, Alita: Battle Angel was a project that James Cameron nurtured for over 20 years. A fan of the popular Japanese manga, Cameron felt inspired by the protagonist and hoped it would inspire his daughter. Speaking with the Hollywood Reporter on the main character, Cameron discussed why he fell in love with the story. Alita stands out as a moral character in a completely immoral world.

Performing better than expected at box offices and receiving positive feedback from the anime fanbase, Alita: Battle Angel surpassed $400 million at the theatres. As impressive as the figures may have seemed for an anime adaptation, it was still less than what 20th Century Fox was hoping to earn. And as one of the last projects slated for the studio before they were scooped up by Disney, the possibility of getting Alita: Battle Angel 2 seemed quite uncertain. While Disney has made no comments on greenlighting the sequel, Rodriguez made it clear that he and Cameron were still on board for Alita: Battle Angel 2. However, according to Rodriguez himself, it’s apparent that a sequel may depend on the success of The Book of Boba Fett, a job that he claims he received in part due to his work on the anime. 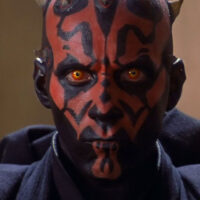