By Brent McKnight and Staff | 2 weeks ago

Over the intervening years, the filmmaker mounted several attempts, but the film never quite materialized. There were starts and stops and various people attached at various times. Eight years ago, we wrote about how he planned to film the movie after the Avatar sequels. It seemed like the kind of project that would simply never actually happen. But low and behold, with director Robert Rodriguez at the helm and a slight title tweak, Alita: Battle Angel arrived almost 20 years after Cameron began playing with the idea.

Based on a nine-volume series, and considering Cameron’s penchant for grand plans, there’s obviously room for sequels. But there are, of course, questions about this becoming a franchise. When might we see Alita: Battle Angel 2? Who will come back for more? What will it be about? And the biggest, will Alita 2 actually happen?

Movement Towards A Sequel From Disney

The latest is that Disney may now be “seriously considering” making Alita: Battle Angel 2. A big part of their motivation for even considering a sequel is the huge outpouring of fan support the movie has gotten online. Even though the studio doesn’t feel the original movie’s box office justifies another one, they’re so excited about the campaign to get it made from fans that it may actually happen.

It’s possible that Alita: Battle Angel 2 could actually end up being a Disney Plus movie, but they’re also still considering a full-blown, big-budget theatrical release. What Disney does will, apparently, depend in large part on you.

If you want Alita: Battle Angel 2 you need to let Disney know by CLICKING HERE and sending them a message.

James Cameron doesn’t think small. It’s been 11 years since Avatar, and he’s been talking sequels the whole time. And not just one, he has four more adventures on Pandora coming. In theory, at least, he’s always had big aims for Alita as a franchise as well.

Cameron reportedly handed Rodriguez a 186-page script and 600 pages of notes, which the director condensed into a shooting script. So there are definitely ideas for more installments.

In a pre-release interview, Cameron teased the possibility of more movies, even talking potential titles. He said:

That last bit is important.

With a main character that’s entirely motion capture, as well as tons of others, massive scale CGI and effects work, and all the technical bells and whistles, Alita was an expensive proposition. The budget is a reported $170 million. Maybe not as massive as some other blockbusters—Avengers: Endgame cost a mind-boggling $356 million—that’s still pricey.

And it did okay at the box office.

It actually kind of tanked in the U.S., only earning $85 million in theaters. Worldwide, it did much better, collecting $319 million in international markets, for a $404 million total haul.

Sure, that sounds like a big number, but considering the cost, the massive and expensive, marketing push, theater’s cuts, and everything else that goes into a movie on the scale of Alita, it’s not so simple. In many cases, a big tentpole like this needs to make double its production budget to turn any profit at all. At least.

Then there’s the critical response to Alita, which was mixed. With a 61% fresh rating on review aggregator Rotten Tomatoes, that’s pretty middle of the road. And even the bulk of the positive reviews are far from glowing. Many praise the spectacle while decrying it as overstuffed and empty eye candy—though the film isn’t without champions.

All of this, and more, leads to a big fat maybe for the possibility of Alita 2. Beforehand, there was talk of sequels, but after a lackluster reception, there hasn’t been much chatter. In April 2020, co-star Christoph Waltz said he hasn’t heard anything on that front, though he didn’t rule out the possibility entirely. He also pointed out one potentially major roadblock beyond even money and critical reception: the Disney/Fox merger.

In March 2019, in Disney’s continued quest to own everything, they finalized a deal to buy 21st Century Fox, which produced Alita. Waltz suggested perhaps the film doesn’t fit in with the “Disneyfication.” Even if that’s not the case, Disney has cut a number of Fox projects from development, so we’ll have to wait and see.

One other thing to consider is that we are talking about a James Cameron project. The man may not work quickly, but when he puts his mind to it, he seems to have the sheer force of will to do more or less whatever he wants. Which could work in Alita 2’s favor.

So, let’s just assume for the time being Alita: Battle Angel 2 will actually happen. The next question when might we be able to see it for ourselves? As we said, the first film started it’s epic trek to theaters in 2000. Hopefully, a sequel won’t take decades. It will, however, likely take a while.

Alita began shooting in October 2016 and wrapped up in February 2017. This was followed by a massive post-production phase. The film didn’t come out until February 2019.

If Alita: Battle Angel 2 is a similar size and scale production, it stands to reason it will take roughly two-and-a-half years from the moment cameras role to the day it opens in theaters. So, if it started shooting today, the earliest we’d see Alita: Battle Angel 2 would be late 2022. And that doesn’t account for the pre-production process, like writing the script, hiring the actors, scheduling the shoots, and everything else that goes into making a movie.

In reality, the earliest Alita: Battle Angel 2 could arrive is 2023. Even that’s optimistic unless things are already in motion behind the scenes. But there haven’t been any rumors, reports, or other indications that’s happening.

One additional problem Alita: Battle Angel 2 faces is one many productions are currently dealing with: COVID-19. As with much of the world, the coronavirus has brought Hollywood to a screeching halt. Productions have been suspended, openings delayed, and things have generally stopped. Almost nothing is moving forward at this point—it’s difficult to make a movie happen when everyone is stuck at home.

It’s hard to have a movie called Alita: Battle Angel 2 without the character named Alita, right? So if a sequel does materialize, expect to see star Rosa Salazar take the lead role again. For her part, she seems like she’d do it in a heartbeat. In an interview, she said:

“I would play Alita ’til my last breath. I would, and thanks to the performance capture technology, I probably could.”

A number of characters die in Alita and likely won’t return for Alita: Battle Angel 2. Though we’re talking about a sci-fi movie featuring sophisticated AI and all kinds of crazy technology, so nothing is really off the table. Still, we don’t expect to see the likes of Hugo (Keenan Johnson), Vector (Mahershala Ali), Dr. Chiren (Jennifer Connelly), Grewishka (Jackie Earle Haley), or Zapan (Ed Skrein), among others.

The looming big bad of Alita is Nova. He’s a scientist who controls the floating city of Zalem and keeps an eye on the activities of Iron City below. In the first film, he’s mostly a shadow figure, though he’s the puppet master of it all. At the end, it’s revealed he’s played by Edward Norton. This was intended to set up sequels where he plays a more central role.

There are other cameos similarly included to lay the groundwork for Alita: Battle Angel 2. Both Michelle Rodriguez and Jai Courtney have small, uncredited roles to establish their presence for future chapters.

One other character we could see is one named Clive Lee, a prominent figure in the manga. He’s a hunter-warrior who has 207 kills on his resume, which is a record. He was originally in the script, but Robert Rodriguez revealed he was cut to save for a sequel. Though he doesn’t appear in Alita, Rick Yune is also credited as playing the character, so it’s possible we might see him if Alita: Battle Angel 2 happens.

The Plot of Alita: Battle Angel 2

The plot of Alita: Battle Angel 2 could go just about anywhere at this point. There’s a ton of source material to draw from, and as we mentioned, James Cameron’s original script was 186 pages, plus hundreds more of notes. It doesn’t appear there’s any shortage of ideas in that regard, but there are a few things that seem like they’ll be included.

At the end of Alita, she sets herself up as a rising motorball superstar. Since that’s theoretically the only way to get to Zalem, that’s sure to continue playing a major part. Also, Jai Courtney’s character is Jashugan, the current motorball champion, so if Alita is destined to be the top dog in Alita: Battle Angel 2, she’ll likely face off with him.

Speaking of Zalem, we never actually get there in the first movie. And as it ends with Alita, still hellbent on vengeance, pointing up at the city in the sky while Nova watches from above, that’s bound to be a major part of the plot of Alita: Battle Angel 2.

There’s also much more room to explore the character of Alita herself. She’s figured out her place in the world and has a goal, but there’s her murky past that’s never dealt with in much depth. What happened to her in The Fall? What occurred between that and when Dr. Ido finds her in the scrap heap? She has a great deal of history. We could easily get into more of the previous life she doesn’t remember. It’s possible this will connect to her vendetta against Nova. We don’t know what drives him or what his motivations are. Not yet at least.

We’ve heard from a proven source that Disney is considering turning Alita into a Disney Plus series. Word of their interest comes from the same source that made us the first outlet anywhere to break the news that Star Trek: Strange New Worlds was being made.

The series is rumored to be a prequel to the Alita: Battle Angel movie. It would follow the life of Alita as a soldier before The Fall. We saw very little of the era in the Battle Angel movie, but Alita’s backstory is explored in the original Manga books Battle Angel Alita: The Last Order and Mars Chronicle. There it’s revealed that she was a critical component of creating the world that now exists.

If the Alita prequel series goes into production, it will exist independent of any potential Alita: Battle Angel 2 that Disney might make. Our source also says its likely that the Alita series could end up in animated form, rather than going for a mix of live-action and CGI like the original movie. 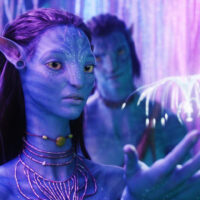