With Spider-Man: No Way Home still shrouded in a significant amount of mystery, it’s been tough to get a handle on what exactly will be happening with the next flick, or really who is even slated to be in it. For months, rumors flew about who Tom Holland’s Peter Parker would encounter and which characters from previous movie versions would take part. One guy we know is returning is Alfred Molina as Doctor Otto Octavious / Doctor Octopus. That’s because the actor has had no problem talking about it openly. But could he be in trouble for letting on too much? Kevin Feige took a dig at the actor recently and his possibly big mouth.

Feige was interviewed by Entertainment Online at an event promoting the upcoming release of Black Widow and was asked a number of different questions about the movie as well as the Marvel Cinematic Universe as a whole. A question came up about how Julia Louis-Dreyfus’s Contessa Valentina de Allegra (known better as V) would play in future Marvel stories. To this, somewhat tongue-in-cheek, Feige responded, “You should ask Alfred Molina.”

Now, to most, this mention of Alfred Molina would seem like a total non sequitur. After all, the actor isn’t in this upcoming movie and it’s actually rather unlikely his Doctor Octopus character actually ever overlaps with the Contessa. But here’s where Feige is mostly saying that Molina has been known to spill possibly a little too much about upcoming stories and roles, things the studio is definitely trying to keep under wraps.

One example of Alfred Molina possibly letting on too much about the details of how Doctor Octopus will factor into Spider-Man: No Way Home was when he gave an interview to Variety a few months ago. In that talk, he first admitted that he knew the details around the new movie were intended to be kept under figurative lock and key, but then lamenting the cat was out of the bag with his casting (it wasn’t totally) he then went on to explain some more things. He said, that the character of Doctor Octopus is still very much alive and his timeline picks up right after we last left him for dead at the end of Spider-Man 2.

Alfred Molina also said that he would be de-aged for the movie considering the timelines don’t match up completely since it’s been 18 years since that last movie. While he didn’t give any specific plot points away except for where his character picked up in the movie, even these tidbits were well outside of what Marvel has had around protocols when it comes to letting on anything about the film.

Again, outside of these Alfred Molina soundbites, there’s still so very little known about this next movie. It’s expected that we’ll see different versions of enemies from past Spider-Man franchises. Molina is coming back as is Jamie Foxx as Electro. It was rumored that this would introduce the Sinister Six with Willem Defoe’s Green Goblin in the lead, but that isn’t confirmed. Plus, it looks like Andrew Garfield could reprise his Peter Parker role, but that again is just a rumor.

Whether Alfred Molina is actually in trouble for letting on too much about the next movie remains to be seen. Feige was clearly kidding. But it’s still on the Marvel chief’s mind though. 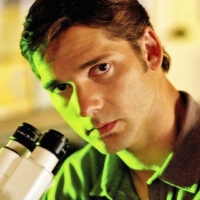