Actor Jack Huston has joined Alexandra Daddario in the upcoming AMC show Anne Rice’s Mayfair Witches. Reportedly, he will be playing the role of Lasher, a crucial supernatural entity in the series of gothic fantasy novels by the late New Orleans writer. The cast of Anne Rice’s Mayfair Witches is slowly being announced, with Huston being the latest to be added. Aside from the Boardwalk Empire star and Alexandra Daddario, L.A. Law’s Harry Hamlin and Crusoe’s Tongayi Chirisa have both been cast in roles, and given the sprawling, family-centered nature of the source material, there likely will be more soon.

Jack Huston is best known for playing the part of Richard Harrow, a severely facially injured WWI veteran and mob enforcer in the HBO series Boardwalk Empire. His character quickly became a fan favorite after appearing in only a few episodes in the first season of the Steve Buscemi Prohibition-era drama, and he became a series regular after that. In Anne Rice’s books, the character of Lasher is a mysterious, ancient shapeshifting spirit that is drawn to Rowan Mayfair (Alexandra Daddario) after haunting their family for generations. It will have to be seen exactly how the character is adapted for AMC. According to to the source material, Lasher is eventually revealed to be the spirit of a deceased saint who was born the son of Anne Boleyn (second wife of English King Henry VIII) and eventually killed on orders of Queen Elizabeth I for various religious infractions, until he is born into corporeal fashion via Rowan. They are kind of weird books.

Alexandra Daddario will be playing the lead role in Anne Rice’s Mayfair Witches, which is scheduled to premiere on AMC’s streaming platform, AMC+, sometime in 2022. It will be the second show based on Anne Rice’s work for AMC, following Interview with the Vampire; the latter is by far Rice’s most famous work and was previously adapted as a 1994 film by Neil Jordan starring Brad Pitt, Tom Cruise, and Kirsten Dunst. Both the Mayfair Witches series and Vampire Chronicles crossed over with each other as books, and it can be expected that AMC is trying to build something of a new gothic supernatural shared universe as their entry into the ever more crowded world of streaming content.

Prior to being cast in Anne Rice’s Mayfair Witches, Alexandra Daddario was known for appearing in the two Percy Jackson young adult fantasy series as Annabeth Chase and appearing in the first season of HBO’s True Detective. She further rose to prominence in the first season of Mike White’s anthology show The White Lotus. Aside from his work on Boardwalk Empire, Jack Huston appeared in the fourth season of FX’s anthology crime series Fargo and in Spectrum’s ​​Manhunt: Deadly Games. He also appeared in a supporting role in Ridley Scott’s 2021 film House of Gucci as real-life businessman Domenico De Sole and in Martin Scorsese’s crime epic The Irishman in 2019. Anne Rice’s Mayfair Witches is currently filming its first season in New Orleans. 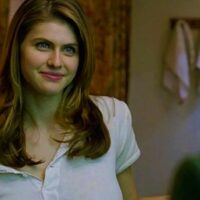