In the wake of the tragedy that occurred on the set of the Alec Baldwin film Rust, resulting in the death of Halyna Hutchins, the details of what exactly went down that day are still under active investigation. It’s a truly devastating story and with each new aspect of the incident that comes out, it appears that it was also completely avoidable. While there is still no exact word on if there is any fault among Alec Baldwin or other production people on the set, more is coming out about working conditions on the movie. A number of people have described a set that was in a bit of turmoil leading up to the incident. Recently, The Hollywood Reporter interviewed Lane Luper, a camera assistant on the movie who had walked off the set the morning of the incident, prior to the tragedy taking place.

In the interview, Luper describes a number of things he experienced that ultimately led to him walking off the Alec Baldwin movie. It doesn’t paint a great picture of what was happening on Rust and it seems there were a number of points of consternation among the crew well in advance of the tragedy. In a lengthy interview, Luper outlines various things that had him fed up enough to walk off the job, leaving a paying gig. For starters, he says that in his experience, there was much more shooting happening on a per-day basis than in a typical movie. He said this led to a frenzied set with rehearsals being eschewed for the sake of speed.

He never discussed Alec Baldwin as a reason for leaving the film, but at another point, Luper talks about the use of firearms specifically on the set of Rust. Luper said that he had expressed concerns about this prior to the actual shooting. He gets detailed with what he saw as specific issues and instances of safety concerns that had come in the days leading up to the tragedy. In one part of the interview, Luper describes things that had occurred that led him to bring his concerns higher up the chain to the production staff, though not to Alec Baldwin himself. Here is part of what he had to say:

“The negligent (gun) discharges on Oct. 16 was a big safety concern that I had brought up with the unit production manager, and it was immediately dismissed. We had a special effects explosion on the third day of filming that went off over the crew. There was really poor weapons handling skills…it was a punishingly difficult show: eight pages (of shooting) where you have to hand-carry a majority of the film equipment… ”

Regarding the “discharges”, Luper is referring to reported incidents of guns being fired accidentally prior to the Alec Baldwin incident on October 21st. According to Yahoo, one of those incidents included a person in the Rust prop department shooting herself in the foot with a blank round. There was another reported incident of a blank charge going off accidentally even though a crew member had been told there was no charge or projectile in the gun.

When asked about Alec Baldwin on the set of Rust, Luper didn’t have much to say. He says Baldwin wasn’t involved all that much on the producer side, mostly just appearing for scenes he was acting in. Luper said that what ultimately had him leave the job for good was that the production wasn’t compensating his part of the staff appropriately: that they were overworked, not given lodging close enough to the set, and generally mistreated as compared to typical productions.

According to his IMDB page, this Alec Baldwin movie wasn’t Luper’s first experience in the industry. In addition to Rust, had worked on Roswell, New Mexico, From Dusk Til Dawn: The Series, Midnight Texas, and Mr. Robot as just a few of the many productions on his resume. In this way, he appears to definitely be speaking from a point of experience. This story is still developing in how such a tragedy could have occurred on the set of Rust that ended with the death of Halyna Hutchins. 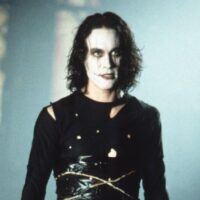