It looks like the celebrity game show Match Game won’t be back for another season. ABC renewed a batch of shows recently, but the Alec Baldwin-hosted show was not one of them. In addition to hosting the show, Alec Baldwin executive produced. Though there is no stated reason why the show wasn’t picked up for another season, reports says that the show hasn’t been in production since before the COVID-19 pandemic. Most would think that the likely culprit is the ongoing investigation into the incident that involved Alec Baldwin on the set of the movie Rust, but that doesn’t seem to be the case.

Alec Baldwin is currently entangled in multiple lawsuits due to the tragic incident on the set of Rust. The lawsuits involve Baldwin’s possible culpability in the death of Halyna Hutchins, the cinematographer for the film. While filming a scene that involved a gun Baldwin was holding, the gun went off and a round hit Hutchins, causing her to be rushed to the hospital where she eventually passed away from her wounds.

The lawsuits seek damages from Alec Baldwin, claiming his responsibility as a producer and the costs that were cut for safety measures on set. Baldwin’s team has denied financial responsibility for these claims and that gun safety was the responsibility of others on set. As these lawsuits remain unresolved, it’s not surprising that Match Game won’t be moving forward, even if that’s not the explicit reason behind the cancellation.

Match Game was a reboot of a hit game show from the 1970s where contestants are given a sentence with a missing word and they have to fill in the blank. The panel of celebrities also writes down their answers and the contestant gets points if any of their answers match. The rebooted game show ran for five seasons before its recent cancellation. Alec Baldwin isn’t the only one losing out on a hosting job though. ABC is giving the ax to several other game shows, including Card Sharks, The Celebrity Dating Game, and The Hustler.

Whether Alec Baldwin’s lawsuits led to the cancellation or not, it looks like ABC is simply doing some early Spring cleaning and slimming down their game show lineup. Card Sharks was hosted by Joel McHale and involved guessing if a card was higher or lower on a game board. The Celebrity Dating Game was hosted by Zooey Deschanel and Michael Bolton. It featured single celebs being paired up with people who wanted to date them. The guests included Carmen Electra, Margaret Cho, Iggy Azalea, and more. The Hustler was hosted by Craig Ferguson and featured contestants answering trivia questions, with one of them secretly having all the answers.

If you’re going to miss Alec Baldwin’s Match Game and the other shows being removed from the lineup, ABC will surely have something else to fill the game show-shaped hole in your heart. Celebrity Family Feud, Supermarket Sweep, Celebrity Wheel of Fortune, and of course The Bachelor are all still going strong. Plus, there are always new game shows to look forward to in the future. 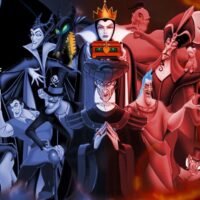