Katy O'Brian, who starred in Marvel's Agents of S.H.I.E.L.D., has joined the cast of Ant-Man and the Wasp: Quantumania.

Marvel actress Katy O’Brian is jumping from one MCU franchise to another, as the Marvel’s Agents of SHIELD star has now joined the cast of Ant-Man and the Wasp: Quantumania. According to a report by The Direct, the actress will appear in an unspecified role in the threequel, which opens on February 17, 2023. It does not appear that she will be playing the same character, but rather an entirely new one, as the Phase 5 film has no direct ties to the MCU spinoff series.

In Marvel’s Agents of SHIELD, O’Brian played the character Kimball in three episodes of season seven, which aired in 2020. She was a recruit for Nathaniel Malick (Thomas E. Sullivan), who was involved in a time-travel plot and tangled with Quake/Daisy Johnson (Chloe Bennet). Because her character was rather obscure, and the timelines between the series and Ant-Man 3 aren’t exactly synched up, it is believed she will be playing another character entirely.

Based on what we’ve learned from the film’s trailer, because much of the film takes place in the Quantum Realm and the assortment of unique characters who inhabit it, it is likely O’Brian, a martial artist-turned-actor, will be playing one of those characters. Her casting was revealed when her name was seen on an official theater standee for the film, which listed the cast, so her role may be significant.

Ant-Man and the Wasp: Quantumania will find Scott Lang (Paul Rudd) adjusting to his new life as a high-profile member of The Avengers, as well as tying to reconnect his daughter Cassie (Kathryn Newton), who is now a teenager thanks to the five years he lost while in the Quantum Realm. Scott and Cassie, along with Evangeline Lilly’s (LOST) Hope Van Dyne, Michael Douglas’ (Wall Street) Dr. Hank Pym, and Michelle Pfeiffer’s (Batman Returns) Janet Van Dyne are pulled into the Quantum Realm when an experiment goes awry, where they face off with Kang the Conqueror (Jonathan Majors).

Katy O’Brian has made a career of appearing in genre TV and film, even if you aren’t counting Agents of SHIELD or Ant-Man 3. After several small roles in film and television, she was cast as one of the Saviors in AMC’s hit series The Walking Dead in 2017, and then moved on to another zombie franchise, Z-Nation for SyFy, appearing in 13 episodes as George. She also appeared in a 2020 episode of the J.J. Abrams HBO sci-fi series Westworld.

The 33-year-old Indianapolis native then jumped from the MCU to the DC Extended Universe, appearing as Major Sara Grey in 11 episodes of the CW’s DC live-action series Black Lightning, one of only a handful of actors to appear in both franchises.

She also appeared in four episodes of the Disney+ Star Wars live-action series The Mandalorian, appearing as an Imperial Comms Officer. In 2021, she also made appearances on ABC’s The Rookie and CBS’ Magnum P.I. reboot series. Following Ant-Man 3, she will be seen in Love Lies Bleeding, a Kristen Stewart thriller due to release sometime next year. 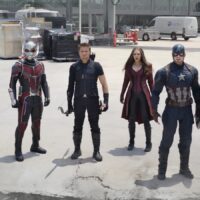 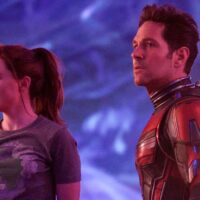