The Agents of SHIELD are coming to the mainstream Marvel Cinematic Universe.

The Agents of SHIELD coming back to Marvel in a currently unspecified project. According to our trusted and proven sources, Marvel Studios president Kevin Feige is bringing the Agents of SHIELD into mainstream Marvel Cinematic Universe continuity, fully establishing them as part of that world. The question of whether or not the Agents of SHIELD actually exist in the same universe as the movies has always been a little bit up in the air, but presumably this will now fully incorporate them into the MCU.

Marvel’s Agents of SHIELD first premiered on ABC in 2013, co-created by Joss Whedon, Jed Whedon, and Maurissa Tancharoen. While the show was consistently critically acclaimed (maintaining a 95% Critics Score on Rotten Tomatoes), only its first season drew wide audiences. Still, it managed a solid seven seasons and 136 episodes, which is a feat for any show in this day and age.

The show generally acknowledged the major events of the Marvel Cinematic Universe and featured appearances from existing characters like Nick Fury (played as always by Samuel L. Jackson), but the reverse rarely occurred. Described as the black sheep of the Marvel Cinematic Universe, Marvel’s Agents of SHIELD was frequently prevented from using concepts and characters that Disney wanted to save for the films, like MODOK and SWORD. It also introduced some elements, like the mystical Darkhold, that were later semi-retconned for the greater MCU.

In short, Marvel’s Agents of SHIELD has always stood a bit to the side of the rest of the MCU, even while it introduced the Kree who would become a major part of movies like Guardians of the Galaxy and Captain Marvel. It will be interesting to see how the events of the show are incorporated into the ongoing central narrative of the MCU, in addition to primary characters like Melinda May (Ming-Na Wen), Daisy Johnson (Chloe Bennet), and Bobbi Morse (Adrianne Palicki).

As Marvel Studios begins slowly introducing characters from the various MCU-adjacent properties to its main canon, there has been a question of whether we are seeing the same characters portrayed or different, possibly Multiversal variants of them. After playing Daredevil in a Netflix series, Charlie Cox as Matt Murdock has been brought into the MCU proper, but it is still up in the air whether it is the exact Daredevil we have seen before. The Agents of SHIELD will no doubt bring up many of the same questions.

Then there is the question of how the Agents of SHIELD will exist in a world in which SHIELD no longer exists. It appears that Marvel is beginning to prop up the sister organization SWORD (which the series wanted to introduce but was refused permission to) as a replacement in terms of world peacekeeping/underhanded spycraft, so many of the agents could have transitioned there. It also could be that we see the various Agents of SHIELD as freelancers in the still-tumultuous world of Marvel.

Still, this is an interesting development and we are looking forward to seeing the Agents of SHIELD maybe finally get their due. 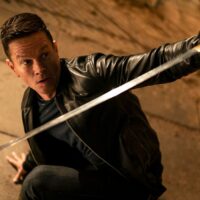