Emma Caulfield has confirmed she'll reprise the role of Dottie in Agatha: Coven of Chaos.

When Disney+ launched in 2019 as a subscription streaming service platform aiming to bring all of the Walt Disney, 20th Century Fox, Star Wars, and Marvel Cinematic Universe content to audiences at home, very few people would have guessed just how many television shows and movies the platform could possibly provide. Now as it soon enters its third year as a highly developed streamer, Disney+ is looking to the future of programming with the use of spin-offs of its once popular one-season wonders from the Marvel Cinematic Universe. One of those spin-offs, Agatha: Coven of Chaos, will be a new series featuring reprisals of the titular character Agatha Harkness, as well as a despised personality played by actor Emma Caulfield from WandaVision.

According to a report by The Hollywood Reporter, Agatha: Coven of Chaos will see the return of one of the most hated characters from WandaVision in Disney+’s spin-off attempt, Dottie, portrayed by Buffy the Vampire Slayer alum Emma Caulfield in the 2021 original series. Dottie was depicted as a despicable and unlikable neighbor to Wanda in WandaVision, a character that Elizabeth Olsen continues to play in various iterations of the Marvel Cinematic Universe like this summer’s blockbuster feature film, Doctor Strange in the Multiverse of Madness. Dottie was a very distasteful character in WandaVision and many fans of the series believed she may end up being Wanda’s enemy by the show’s end, however, the series concluded with the big reveal that Agatha Harkness (Kathryn Hahn) was in fact the big bad after all.

To date, many of the characters appearing in Agatha: Coven of Chaos have not been confirmed yet, outside of those being portrayed by returning champions Kathryn Hahn and Emma Caulfield who originated their roles on WandaVision. Emma Caulfield is well-known for her recurring part on the 1990s phenomenon Beverly Hills: 90210 as well as her long stint on the Joss Whedon series Buffy the Vampire Slayer as Anya Jenkins, opposite Seth Green, Sarah Michelle Gellar, and Alyson Hannigan. Very recently, Caulfield revealed that she has been diagnosed with multiple sclerosis, a disease that affects the body’s immune system which in turn eats away at protective coverings of the body’s nerves, but claims that the disease will not affect her acting work going forward.

Little is currently known about the series Agatha: Coven of Chaos, including how Emma Caulfield’s character of Dottie will actually play into Agatha’s misdeeds and witchcraft. But the news that Caulfield will return to the franchise and the Marvel Cinematic Universe as a whole is reassuring that a continuation of Agatha’s storylines might be forthcoming soon, as the show is set for a debut on Disney+ possibly in the winter of 2023. In the meantime, series star Kathryn Hahn will be busy promoting the television series Central Park and its third season where she voices the character of Paige Hunter, in addition to her work on Rian Johnson’s sequel to Knives Out, Glass Onion: A Knives Out Mystery, debuting on Netflix this December. 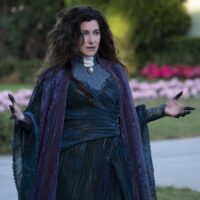 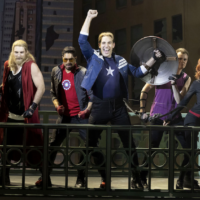 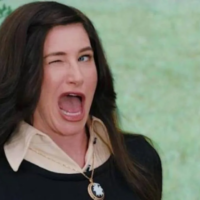 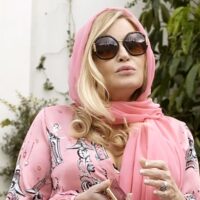