Tell Me Lies, the addictive romantic drama on Hulu, has been renewed for a second season.

With the ever-present streaming wars in full effect this holiday season, many viewers have been looking for television shows that have some lasting power beyond a one season wonder. Hulu has the answer to this problem with Tell Me Lies, the seductive series produced by American Horror Story actor Emma Roberts based on the book of the same name by Carola Lovering. According to a report by Variety, Tell Me Lies has now officially been renewed for a second season, which will no doubt be welcome news to those viewers who have found the show to be very addictive.

Tell Me Lies was brought to Hulu as part of a deal the subscription streaming platform has with Emma Roberts, who signed on to executive produce the series without appearing on the show. The series stars Grace Van Patten as Lucy and Jackson White as Stephen as they navigate a thrilling but often stormy relationship, largely due to Stephen being a dangerous and charming influence on Lucy’s life. The show is aided by an ensemble cast that includes Catherine Missal, Spencer House, Sonia Mena, Branden Cook, Alicia Crowder, and Benjamin Wadsworth.

The first season of Tell Me Lies premiered on Hulu in September 2022 and lasted for 10 episodes, concluding with a season finale in October that was directed by House of Cards actor Robin Wright. With the second season renewal news this week, fans of the show will most likely enjoy seeing the addictive series back on the streamer, especially because the show has been welcomed by critics and audiences alike. Rotten Tomatoes currently ranks Tell Me Lies with an 86% on its Tomatometer based on 7 critics’ ratings, as well as an Audience Score of 62% from 141 ratings from verified users to the site.

Based on Emma Roberts’ overall first look deal with Hulu, the actor brought on Meaghan Oppenheimer who ended up creating Tell Me Lies and producing it for the streamer. Oppenheimer is married to Lucifer actor Tom Ellis and this has been the first time she has been a showrunner of a television show, as she has had a prolific career in writing for other television series like AMC’s Fear the Walking Dead. Fear the Walking Dead began its current run in 2015 as a spin-off of the popular zombie post-apocalyptic series The Walking Dead, which just concluded its 11th and final season on the network.

Tell Me Lies season 2 will hopefully begin filming soon, with a proposed debut sometime in late 2023. The series has been a hit for Hulu, which also renewed the popular How I Met Your Father starring Hilary Duff and Christopher Lowell on the platform, a spin-off of CBS’ long-running sitcom, How I Met Your Mother, that costarred Neil Patrick Harris and Josh Radnor. Current shows that are available on Hulu and dropping new episodes each week include the biographical miniseries about the formation of the male striptease troupe Chippendales aptly named Welcome to Chippendales, which stars Kumail Nanjiani, Murray Bartlett, Annaleigh Ashford, and Juliette Lewis. 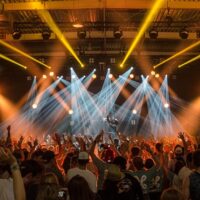 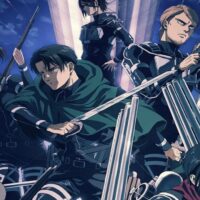 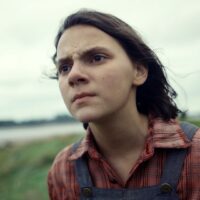