When thinking of an Adam Sandler sports or football movie, you’d probably think of Waterboy first. In terms of “classic” Sandler styling and silliness, this movie tends to ring out a bit more with fans than some of his others. Some of that stems from it employing the traditional Sandler mannerisms and oddball plot lines throughout. But there is another Adam Sandler football film out there, one you might have forgotten about altogether. And it’s currently crushing it on streaming. The Longest Yard has entered the top ten on Netflix this week and, at the time, was a bit of a different kind of film for the comedian.

The Longest Yard, on Netflix, is a remake of the 1974 movie of the same name. It stars Adam Sandler as Paul “Wrecking” Crewe, an ex-NFL quarterback who’s been disgraced because he got involved with some bookies while still in uniform. Another incident lands him in Federal prison for a stint. It’s there that we learn the Warden has brought him in specifically to help train a group of guards who are playing in the statewide penal football league. Crewe starts off trying to help, but ultimately is tasked with leading a group of inmates in a scrimmage game to get the guards ready.

It’s during this process that a bunch of ulterior motives come into play, leaving Adam Sandler as Crewe to fight a number of conflicts on different fronts. For starters, there are the sadistic guards who want nothing more than to punish the inmates. And then there is the Warden himself who is angle shooting for his own agenda, willing to go to heinous ends to justify getting more power. Finally, there is turmoil within the inmates’ ranks as well, with the population pretty divided down racial lines. It’s this final piece that Crewe must navigate in order to bring together a team that can compete with the guards. Check out the trailer for The Longest Yard:

In the original The Longest Yard, Burt Reynolds played Paul Crewe, with Adam Sandler taking over this role in this one. Reynolds does make an appearance in the remake, this time as an aging inmate who used to be a football player himself. He’s on hand to help get the team ready. And from a cast perspective, this movie is somewhat loaded. In addition to Sandler, and Reynolds there are a number of other notables on board. For starters, there are the inmates who include Chris Rock, Nelly, Terry Crews, wrestler Bill Goldberg, comedian Joey Diaz, ex-NFLer Michael Irvin, and the great Tracey Morgan.

But on Netflix, Adam Sandler isn’t just sharing the screen with the inmates, there are the guards as well. Here it’s another mix of actors, athletes, and personalities including William Fichtner, ex-NFLers Bill Romanowski and Brian Bosworth along with wrestlers Kevin Nash and Stone Cold Steve Austin. Rob Schneider, Courteney Cox, and James Cromwell are in the mix as well. Again, this cast is completely loaded with familiar faces from a number of different walks.

The Longest Yard was a big deal when it first hit the screen back in 2005. With a budget of over $90 million and a famous cast across the board, expectations were high especially considering the success of the original film. That one was praised for both its humor and its commentary at the time. But while the remake did land over $190 million at the box office, critics weren’t nearly as kind. The film is sitting at 31% on Rotten Tomatoes with many agreeing that Adam Sandler couldn’t bring the same grittiness to the part that Reynolds had the first time around.

But is it worth watching on Netflix a decade and a half later? Sure, especially if not comparing it to the original movie. Adam Sandler does take the role a bit more seriously than some of his other projects around this time, especially when it comes to his time in the prison.

Funny enough, Water Boy and The Longest Yard aren’t the only two football movies Adam Sandler has had a hand in. Recently, his Happy Madison Production company came out with Home Team starring Kevin James. It is a play on the real-life coach Sean Payton who was suspended from the NFL for his role in a headhunting scandal. 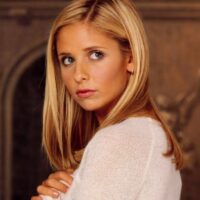 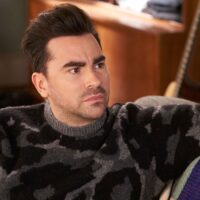 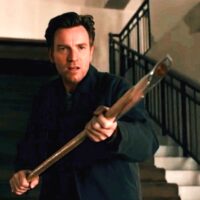