A Classic ‘80s Cartoon Is Getting Rebooted

Silverhawks is the next obscure 80s cartoon to make a long-overdue comeback, reports Deadline’s Tom Tapp on Friday. The Nacelle Company, which has made an honest buck celebrating pop culture’s greatest toys and movies on Netflix, is eyeing the space cartoon for its newest pet project. Led by CEO Brian Volk-Weiss, Nacelle is working with San Francisco toy manufacturer Super7 on a reboot of Silverhawks, ergonomically retooled for a modern audience.

Brian Flynn, owner, and founder of Super7 tells Deadline about the 80s cartoon: “SilverHawks is a beloved franchise that has been overlooked for far too long. We are super excited to be working with Nacelle to bring SilverHawks back into the limelight for the die-hard fans as well as a new generation of fans to experience the magic of SilverHawks for the first time.”

Check out the theme song for the original 80s cartoon Silverhawks below:

Both parties have only just inked a deal, so the details remain murky at present. As lofty (and enticing) as a live-action feature might sound, the Silverhawks 80s cartoon reboot will most probably be an animated television series hosted by an existing streamer. Nacelle already enjoys a pre-established working relationship with Netflix, and may potentially re-release Silverhawks alongside their other streaming hits, The Toys That Made Us and The Movies That Made Us. Super7 designs action figures based on numerous unsung 80s cartoon properties for avid toy collectors hungry for nostalgia.

The company signed a contract with Nacelle earlier this year to adapt Silverhawks characters into a line of 3/4 ReDesign collectibles aptly entitled Silverhawks Ultimates. Reuniting with Nacelle for a small-screen 80s cartoon reboot made just about as much sense as Commander Stargazer assembling the Silverhawks to take down the nefarious alien mobster Mon*Star and his motley crew of intergalactic perps, which is to say perfectly.

80s cartoon Silverhawks wasn’t nearly as popular as ThunderCats, another show made by the same studio, but it still managed a cult following. Volk-Weiss was among those who genuinely adored the series. Upon announcing their collab, he gushes: “When I spoke with Brian Flynn the first time, I was like the character Yes-Man! ‘Yessss, just tell me where to sign!’” Yes-Man is a snake humanoid and Mon*Star’s top lackey.

The 80s cartoon is pretty much an intergalactic acid trip through time and space, and tells the story of the heroic Silverhawks, a team of bionic warriors led by policeman Commander Burt Stargazer. Their mission is to recapture the villainous Mob*Star, who broke out of his cell in Penal Planet 10 and re-organized his space mafia. Stargazer was responsible for putting Mob*Star behind bars and feels personally obligated to put an end to his current reign of terror.

Including Stargazer, who oversees the others, the Silverhawks is a six-man team composed of the best vigilantes the universe has to offer: Quicksilver is the ridiculously agile captain and assigned field leader of the group, cowboy-inspired Bluegrass is second-in-command and pilot, fraternal siblings Steelheart and Steelwill serve as the muscle, while the acrobatic spectacle Copper Kidd is the resident mathematical genius. The first five hail from Earth; Kidd is from the Planet of the Mimes and can only communicate through tones and whistles. Think Groot without words.

Silverhawks was developed and released in 1986 as ThunderCats’ space-themed equivalent. The 80s cartoon ran for 65 episodes and was produced by Rankin/Bass, but didn’t gather enough of a fanbase to deserve a place in pop culture’s growing list of 80s greats. 80s nostalgia is its own subgenre nowadays, which means that’s about to change very soon. 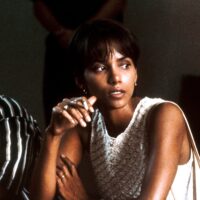