10 New Marvel Superhero Shows On The Way To Disney+

By Josh Tyler | 4 months ago

During Disney Investor Day, a huge number of new television shows were announced as on their way to Disney+. In particular, they’re working on 10, that’s right TEN, new Marvel TV shows.

The announcement comes as Disney begins focusing more of its content business on home viewing and less on big budget movies for event cinema. The Mandalorian recently ranked as the most popular entertainment brand in the world, beating out even the Avengers and Star Wars proper. So it makes sense that Disney would push hard for even more content generated specifically for Disney+.

We already know about nine of those new Marvel shows. Coming in 2021 we’re getting WandaVision, Hawkeye, Loki, What If… and Falcon and the Winter Soldier. In the following year we’re getting She-Hulk, Moon Knight, Ms. Marvel, and an untitled Nick Fury series. So what’s the tenth? We don’t know, at least not yet.

There has been speculation that Kate Bishop, the character being played by Hailee Steinfeld in Hawkeye, could end up getting a solo series. That could be number ten. There have also been rumors that Disney might bring back Jon Bernthal to resurrect his cancelled Netflix series, Punisher. With the simultaneous announcement of a new adults only section on Disney Plus called Stars, that definitely opens the door for more rated-R content like Punisher.

For now the identity of that tenth Marvel series is all speculation. We’ll update this space as soon as we know. 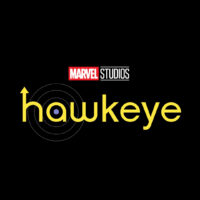 Marvel’s Shang-Chi And The Legend of the Ten Rings: Simi Liu Disappointed With Marvel