By Michileen Martin | 4 hours ago

The Chinese government apparently doesn’t like Zhao Wei very much, and the way they’re letting their citizens and the rest of the world know is downright terrifying. In every way but physical, the existence of the billionaire actress is being completely erased.

As reported by THR, Zhao Wei is being erased from the Internet. Shows and films in which she’s appeared are being pulled down from popular streaming sites like Tencent Video and iQiyi. Mentions of her name in online film and TV credits are being erased. If her name, videos, or images appeared in any Chinese social media posts, they don’t appear there anymore. Any online discussion of her erasure is censored.

There has been no official word of exactly what triggered this mass censorship, but it seems possible if not likely it was a combination of different things. News.Com.Au recounts some of the many conflicts between Zhao Wei and the Chinese government, beginning with her choice to hire Taiwanese actor Leon Dai for the 2016 romance No Other Love, a decision the government stepped in and changed.

Last month, Zhao Wei indirectly angered the government again after actor Zhang Zhehan — whose public relations is handled by a company owned by Wei — posted a selfie in front of the controversial Yasukuni and Nogi shrines in Tokyo.

As far as how Zhao Wei has responded to all of this, she has apparently fled China for friendlier shores. News.Com.Au’s report notes that she was spotted this past weekend in France where she co-owns a vineyard with her husband Huang Youlong.

Zhao Wei became a star in China overnight after starring in the costume drama My Fair Princess. As recalled by THR, in more recent years she became a popular leading woman in Chinese films such as the hero’s love interest Mui in the 2001 sports comedy Shaolin Soccer, the noblewoman Sun Shangxiang in John Woo’s 2008 war epic Red Cliff, and Princess Jing in the 2012 fantasy film Painted Skin: The Resurrection. She was also the titular hero in 2009’s Mulan 11 years before a different live-action film made its way to Disney+.

Beyond the realm of acting, Zhao Wei is also a successful pop singer and a keen investor. Once known as “China’s showbiz Warren Buffett,” by 2015 Wei’s net worth was in the billions.

The Chinese government has rarely been shy about censorship and the news of Zhao Wei’s erasure isn’t even the most recent example. Set to take effect tomorrow, China is instituting a policy limiting all online gaming for minors. Chinese children are limited to three hours of online gaming per week. Any and all gaming companies operating in China are expected to participate in the new limitations and to regularly send the government updates to verify compliance.

Because China’s censorship policies are reaching far beyond its own shores in terms of what kinds of movies are being made, and what is and isn’t in those films, there’s a decent chance Zhao Wei won’t find herself starring in any Hollywood films in the near future. It’s been known for years that China would soon overtake the United States and Canada as the world’s largest box office. More and more, the needs of the Chinese market takes priority over Western ones, meaning there’s a good chance most studios wouldn’t want to invite Wei to star in one of their blockbusters. 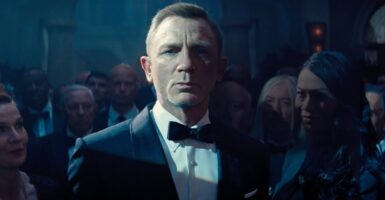 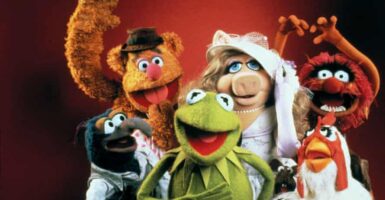