A long-time soap opera is facing a lawsuit right now with the series showrunner in the crosshairs. If the claims are substantiated, it could be another higher-profile case of a powerful person in Hollywood using his/ her status as a way to harass employees. According to Deadline, a former actress on The Young and the Restless has filed a civil suit against the series with the assertion that showrunner Tony Morina, on multiple occasions, sexually harassed her and even used retaliatory measures when his alleged advances were rebuffed.

In the lawsuit, Briana Thomas and her legal representation detail a number of alleged incidents that occurred during her brief stint on the soap opera from 2018 to 2019. While in the role as a background character, Thomas is saying that Morina engaged in inappropriate workplace behavior and acted in a way that peddled his influence on the show possibly in exchange for Thomas’s affection. Among the claims made in the 22-page filing, Thomas says that Molina would often comment on her appearance, offered “private acting lessons” and suggested that she needed “someone who can help you” in the industry.

And that’s not all, according to the suit there were other incidents as well on the set of The Young and the Restless. Apparently, there was a time when Morina openly berated Thomas in front of other cast and crew members, calling her “just an extra” and that he was “trying to help” her. In the lawsuit, these are seen as propositions on the part of Morina, quid pro quo style references to Thomas’s employment on the show. Even though, in that case, it was done in front of others, the suit is suggesting that the intent was clear.

These are just a few of the allegations that Thomas has made against Morina during her albeit brief tenure on The Young and the Restless. Others include Morina allegedly leering at her, cornering her in a stairwell to ask about her living conditions, complaining about sexual harassment seminars (irony), making comments about hers and other actresses ’ bodies, and much more. Again, it is a lengthy filing. And apparently, on the day of the aforementioned shouting incident after Thomas had refused to go along with Morina’s wishes, she was fired from the show.

The Young and the Restless originally aired all the way back in 1973 and has been in CBS’s daytime programming for almost 50 years now. Anthony Morina was announced as the executive producer for the show in 2018. He is married to Sally Sussman Morina who served briefly as the head writer for the series as well.

And this has been a bad week for Sony Pictures, the production company for The Young and the Restless. Another one of their long-running shows, Jeopardy!, is mired in its own controversy with newly-minted host Mike Richards having to step down from the role in the wake of a number of different allegations from his past on other series and programs.  Time will tell if this lawsuit filed by Briana Thomas is a one-off or if others come out with similar stories. At times, with these sets of circumstances, an initial person steps forward only to be followed by others with stories of their own. 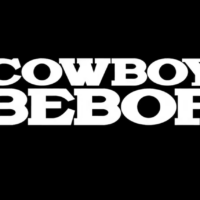