Will Smith has been a fresh prince, a Deadshot, Lucifer, a Genie, and Muhammad Ali, just to name a few of his many parts. But in a recent interview, Smith discussed whether he has thought about running for president.

Will Smith recently appeared on an episode of Pod Save America speaking to host Jon Favreau and promoting Amend: The Fight for America, Smith’s new six-part Netflix docuseries which explores the 14th Amendment to the Constitution. While discussing the series, Smith was asked if he had further considered jumping into the political arena, as he has said on numerous occasions in the past that he has considered it.

In the interview, Will Smith told Favreau, “I think for now I’ll let that [presidential] office get cleaned up a little bit [laughs], and then I’ll consider that at some point down the line. I don’t know. I absolutely have an opinion; I’m optimistic, I’m hopeful, I believe in understanding between people and I believe in the possibility of harmony. I will certainly do my part, whether it remains artistic or, at some point, venture into the political arena.”

Will Smith previously discussed this very topic in a 2016 Stephen Colbert interview. “I was thinking about it but, you know, I watched [Barack] Obama for the last 8 years [and] that’s a hard job. I definitely have had the itching. I have lots of views and ideas and sometimes I hear people say things on television and I just want to run against them. Just straight at ’em and knock ’em over. But I think it’s not where my greatest gifts are.”

Will Smith’s political aspirations date even further back. In 1999, Will Smith was invited by Bill and Hillary Clinton to sleep in the Lincoln Bedroom and the actor joked, saying he “told Bill to keep my room warm.” Later, Smith told the New York Daily News via Variety, “That might sound foolish to some,” he said, “But, in my mind, if Ronald Reagan can become President, then why not Will Smith?” He took it even further by saying, “As I look at the political landscape, I think that there might be a future out there for me.” You can thank his wife, Jada Pinkett-Smith, for tossing a little cold water on his presidential dreams, “I told him that there’s no way he can run for President because nobody wants me as the First Lady.”

Back in 2015, Will Smith was on the CBS Sunday Morning show saying that after listening to the harmful words coming from the presidential race between Donald Trump and Hillary Clinton, he felt compelled to explore a jump into politics. “If people keep saying all the crazy kinds of stuff they’ve been saying on the news lately about walls and Muslims, they’re going to force me into the political arena,” he told Tracy Smith via PEOPLE. He then clarified which office he’d run for. “I mean, I gotta be the president. Come on!” Smith said, then added, “What else would I run for?”

It’s not like we haven’t had entertainers in office before. Our 40th president was Ronald Reagan, who started as an actor, famously playing George Gipp in the 1940 film Knute Rockne, All American, then moved on to become the Governor of California before taking his presidential seat. We’ve had other stars, entertainers, or athletes fill political roles who included Sonny Bono, Arnold Schwarzenegger, Jesse Ventura, Steve Largent, Al Franken, Fred Thompson, and Clint Eastwood. If The Apprentice‘s Donald Trump can be president, why not Will Smith?

But this does make one wonder just how popular Will Smith would be if he did decide to stick his toe into the deep end of the political spectrum. Could he be as popular as Trump, or fail like Kanye West? Yes, he has fans across America who have loved the actor for decades, but would those same fans want to see him hold the highest office in our country? 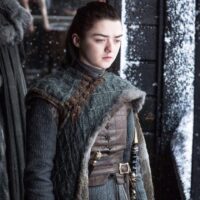