The Internet Wants Tucker Carlson Fired, But Here’s What Fox Has Decided

Tucker Carlson has become the figurehead for Fox News, the multinational conservative media conglomerate that has become a guiding light for Republican and right-wing minds over the last 25 years. Many folks were wondering what the future might hold for the television personality considering he has continued to come under fire for a number of his espoused views. However, it looks like Fox News has decided to announce just what they have in store for the political commentator.

Tucker Carlson has just signed a multi-year deal with Fox News that will also include working on Fox’s streaming service, Fox Nation, by producing podcast specials as well as specials that will be branded as Tucker Carlson Originals. This will be supplementary to the work he currently does on his Fox News program, Tucker Carlson Tonight.

Tucker Carlson first rose to prominence in the news media landscape with the debate show Crossfire on CNN. That series ran for four years from 2001 to 2005. An infamous appearance by comedian Jon Stewart on the program led to many believing that the show had been ripped open and could no longer sustain itself under the same format. You can watch the entire interaction right here:

Tucker Carlson would later host his own show, Tucker, at MSNBC from 2005 to 2008. The series was canceled due to low ratings. It was not until 2009 that he joined the ranks at Fox News and became a frequent commentator and personality on the network. His popularity continued to grow until he was given his own show, Tucker Carlson Tonight, in 2016. Ever since then, it has proven to be one of the network’s highest-rated programs and continues to enjoy great success to this day.

However, the success of Tucker Carlson has certainly come with its fair share of controversies. Back in July 2020, one of the top writers on Carlson’s show was revealed to have posted numerous racist and misogynist writings on an online forum. Carlson also promoted the conspiracy theory that the COVID-19 virus leaked from a laboratory in Wuhan, China. This is nothing to say of his many political views that have drawn severe criticism over the years. The Daily Show with Trevor Noah even recently poked fun at these beliefs by re-editing video footage of Carlson to make him appear as a contestant on Jeopardy! answering trivia about his own show. You can watch that satirical video right here:

Still, it seems that Fox News believes that staying in the Tucker Carlson business is the right way to go for the future. With this new multiyear deal, it seems like he is going to be an even more integral and forward-facing figure for the news outlet. It is going to be interesting to see just what these new projects he has taken on will entail, and whether or not they will attract the same kind of controversies he has found himself embroiled in during his career. Whatever happens, we are going to be seeing a whole lot more of Tucker Carlson. 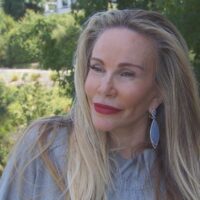 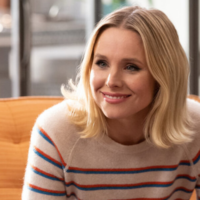