Travis Scott – Did Possible Lawsuits Impact His Net Worth?

Travis Scott's net worth is $60 million dollars, but pending lawsuits stemming from the Astrowolrd tragedy could change that.

Jacques Berman Webster II is known for a few different things. The first is that he is one of the most popular rap artists on the planet. The second is that he’s had an on-again-off-again-on-again relationship with media personality darling Kylie Jenner that has produced two children.

Third, Jacques Berman Webster II is better known as Travis Scott. Lastly, controversy has followed Scott during a number of his performances that sadly have included the death of a number of spectators. So, what makes him such a popular rap artist, and if he is that popular, what is Travis Scott’s net worth?

It’s hard to imagine that Travis Scott’s net worth is so robust after all the incidents that have plagued his many live performances. In 2015, Scott was arrested for disorderly conduct at Lollapalooza after telling the concertgoers to ignore security and rush the stage.

Later on that same year, Scott was performing in Switzerland at the Openair Festival when he began to encourage fans to attack a man who had pulled off Scott’s shoe while Scott was crowd-surfing. Scott would repeatedly stop his show, telling the crowd to “f*ck him up” while also spitting on the man. And then there were the disturbing events at the Astroworld Festival.

Scott was performing in his hometown Houston at the Astroworld Festival when the crowd began to move in mass toward the stage. The end result was 10 people losing their lives and hundreds injured. What was most damning was a video of the concert that showed Scott continuing to perform while the crowd was chanting and pleading for him to stop the show.

The fallout from that Astroworld tragedy continues to grow. Attorneys for plaintiffs of that tragic evening, Jason Itkin, Richard Mithoff, and Sean Roberts, have divided the now thousands of legal claims by deaths, “extensive” injuries, and “less extensive” injuries.

On top of that, there are still 2,540 claims for various injuries whose severity continues to be under review. This puts those who claim injury at over 4,900.

The early reports put a $750 million figure on the amount the combined lawsuits totaled that were facing Travis Scott and concert promoter, Live Nation. But as the number of those claiming injuries has risen, the total amount has crossed over the billion-dollar mark, though no set figure has been announced.

Scott and Live Nation will know better what they face once the remaining 2,540 claims have been moved forward or denied.

Jacques Webster is a self-admitted boy from the hood. Born in April 1991, for his first six years he lived with his grandmother. “Growing up, my grandmother stayed in the ‘hood so I seen random crazy shit,” Scott told Complex. “[I saw] mad bums and crazy spazzed out motherf*ckers, I saw people looking weird, hungry, and grimey. I was always like, ‘I gotta get the f*ck out this shit.’ It gave me my edge—[it made me] who I am right now.”

It was a rough beginning for Scott, one that was to chance when he moved to the suburban middle-class city of Missouri City to be back with his parents. Scott’s mother worked for Apple while his father ran his own business and was also a soul musician. Scott’s grandfather was a jazz composer, so music was in his blood.

During his high school years, Scott spent some time in musical theater. “In high school, I was in the thespian society,” he explained in an interview on The Tonight Show with Jimmy Fallon. “I was actually in this play called Kiss Me Kate,” he said. “I sung this song it was called ‘Too Darn Hot.'”

While Scott could never be confused with just a normal, straight-up singer, he did express interest in performing in a musical someday. It isn’t only singing in a musical that holds Scott’s interest but acting as well. You can see part of his interview with Jimmy Fallon below.

Scott was able to easily adapt to his new surroundings. “Once I moved [to the suburbs] I adapted to where I was growing up. [I adapted to] suburban culture, fresh culture, and diversity. I’m big on diversity. My music is very diverse, I don’t want it to ever be typecasted.” Then Scott reflected on how he avoided trouble, for the most part. “[I didn’t get in a lot of trouble growing up] but I was doing mischievous shit. I wouldn’t do dumb shit, but I would just like skip school to do beats or skip school to meet [record producer] Mike Dean. And then I’d come back to school and be like, ‘I was just with Mike Dean.’ Next thing you know I’m making beats with the homie. It’s crazy.”

The plan to begin building Travis Scott’s net worth had begun.

But drums weren’t the only thing Scott dabbled in while growing up. The talented Scott also experimented with playing the piano. According to Scott, he probably would have continued to play but stopped “because it wasn’t getting no b*tches.” While getting women was a major driving force for the young Scott, it wasn’t until he heard Kanye West that he truly knew what and how he needed to go about creating his own music. “I started picking up beats like at 16. I got really serious at 17. That’s when I put together tight beats.”

HIS PARENTS DID NOT WANT HIM TO GO INTO MUSIC

Travis Scott knew where he wanted and need to go with his music. He saw where rap was headed and knew it would definitely build his net worth if he were to do it and do it right. But there were a few obstacles in his way – his parents. As Scott explains it, at first his father would come into his room and rip the power cord out of the wall, yelling at him to “turn that shit off.” When Scott wouldn’t listen, his father would then simply turn the power off to the entire room.

“Me and my dad used to have fistfights in front of my friends. I was going hard for this shit. N*ggas don’t know,” continued Scott to Complex. “Like your parents are supposed to be 100%, backbone support, it’s f*cking like, ‘F*ck that!’” What Scott found completely ironic was the fact that both his father and grandfather were musicians. He felt his father should have understood the direction Scott wanted to take his life. “That’s where I get my whole music theory from, my pops and my grandfather.”

But they couldn’t see what Scott saw, they wanted Scott to do something very different than the music he was trying to pursue. Scott tried explaining to his father, “But I’m like, ‘Yo dad, I got friends who are graduating, f*cking pre-med, and they can’t even get a job! But I could do a couple shows and I’ll make more than you do in like a year or two. Just trust me man. I’m ill, daddy!’ That whole struggle was just a pain in the ass.”

TRAVIS SCOTT’S NET WORTH GAINS CAME WITH DAYS BEFORE RODEO

Travis Scott’s very first solo project was the 2013 Owl Pharaoh mixtape. He followed that up with the 2014 mixtape, Days Before Rodeo. His entire discography consists of only 3 studio albums (Rodeo, Birds in the Trap Sing McKnight, and Astroworld) though he also has the two mixtapes, one compilation album, one collaborative album, and over 55 singles, all of which contributed mightily to his net worth.

So, while we are on the subject of Travis Scott’s net worth, let’s break down that figure. The singer, songwriter, and record producer, over a very short time span, has accumulated an estimated net worth of $60 million.

It is estimated that during a normal touring year for the young artist, he can reach between $40-60 million with his performances coupled with his other endeavors. Travis Scott’s net worth isn’t hurt by the fact that he spends a lot of his time with Kylie Jenner, who is the mother of his two children, Stormi and Wolf Webster.

Travis Scott maintains a good relationship with his social media. He is on Instagram a decent amount of time, although fans continue to wonder why he is almost always looking down in his pictures.

In fact, if you watch the above interview Scott did with Jimmy Fallon, you can see how often Scott drops his head. Some say he is just shy unless he is performing on stage. Others claim it is his style, his persona. Whatever it is, it seems to be working for him

Somehow, through it all, Travis Scott’s net worth has not been tarnished, yet. He continues to have a mass following that will sure to grow when his next studio album, Utopia, is released. There is no date on a potential record drop. 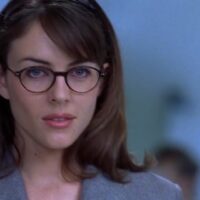 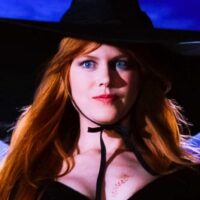 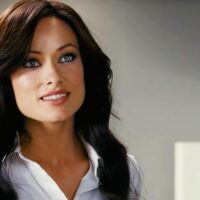