Over the last few decades, Tom Cruise has reached heights few other actors could ever hope or dream of, especially in the current Hollywood landscape. In this way, Tom Cruise’s talents have aged sublimely and the dude is cranking out the biggest hits of his storied career. Does Tom Cruise’s advancing in age seem like it’s slowing him down even a little bit? No chance. It’s a testament to his talent, work ethic, vision, and willingness to take some of the biggest risks out there that this guy is among the biggest box office draws we’ve ever seen.

It’s also helped Tom Cruise accrue a net worth that would make some small countries jealous. How do Tom Cruise’s height and age factor into his career? Well, they are definitely a part of it and have helped him stand out, or become an outlier in an industry that is typically pretty unforgiving. Let’s take a look at everything we need to know about Tom Cruise.

IS HE A SHORT GUY?

One of the main talking points for Tom Cruise’s entire career is his height. It seems to have come up time and again over the years, especially where some of his co-stars are concerned. Has Tom Cruise’s height stopped him from aging well on the big screen? Far from it. In fact, when watching his movies, one would probably never even think about it. That’s because the guy has made it something of a mission (Impossible?) to push the limits in every movie he’s part of these days.

But there was a time when Tom Cruise’s height was more of a focal point of his career. One reason for this is he stands a bit shorter than your typical, or average, Hollywood actor. There have been some “studies” on this and it seems that, by and large, the average height among leading men in Tinseltown is around 5’10” (five feet, ten inches). Considering that’s around the average of the American man (5’9”), it’s not odd that this would be the number. Take enough of a sample size and you’ll get a representative number for the larger population. That’s the case with those hitting the big screen for sure.

SO, WHAT IS TOM CRUISE’S HEIGHT?

Tom Cruise has spoken about his height in the past, and we do have an actual answer to this question. As it stands (get it?), Tom Cruise is 5’7” (five feet, seven inches) tall. So Tom Cruise’s height is about three inches below the average actor. Is this a huge deal? It doesn’t seem to be, though there have clearly been some steps taken to “even” things about where Tom Cruise’s height is concerned, especially in some of his more popular movies.

We can pick and choose some spots to highlight Tom Cruise’s height, though there are some examples that will clearly stand out. Consider his turn in 2018s Mission: Impossible – Fallout, the sixth installment in that franchise. In that movie, he was paired with Henry Cavill throughout, first on the same side, and then clearly at odds. Did you notice anything different between Tom Cruise’s height and Henry Cavill’s height? Me neither. But there’s clearly a difference with Cavill standing a clean 6’1”. That’s a six-inch difference which would feel pretty stark in real-life. But it didn’t come through for this blockbuster.

And over the years, it’s been said that Tom Cruise took his height very seriously, so much so that he’s been said to have worn raised heels in the past in order to offset what he might have thought were differences in his counterparts. That’s come up at red carpets in the past, and especially how he’s stood next to folks like Nicole Kidman or Katie Holmes.

TOM CRUISE’S HEIGHT IS NO LONGER A THING IN TOP GUN?

Could Tom Cruise just be caring less about this in his “old” age? It could be the case. Or maybe they were just so focused on the technical aspects of the flight scenes that making Tom Cruise’s height anything like a priority would have seemed silly. Whatever the case, the apparent sensitivity around his physical stature might just be ebbing as Tom Cruise’s age gets more advanced. 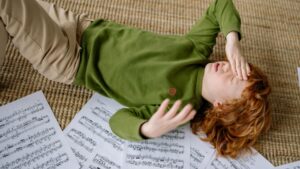 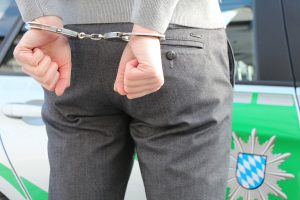 WHAT IS TOM CRUISE’S AGE?

If you ran into him on the street, you’d probably never guess Tom Cruise’s age (but maybe his height). Although to be fair, if you ran into Tom Cruise on the street what year he was born would probably be about the last thing to enter your mind. It would most likely be something like, “Holy crap, it’s Tom Cruise!” Regardless, the actor has maintained a career at the top of the Hollywood hierarchy thanks in large part to the fact that it just doesn’t look like this guy is capable of aging. Take the aforementioned Mission: Impossible movies, or Top Gun: Maverick. In those films, Tom Cruise seems to have eschewed age in an effort to push every conceivable limit when it comes to the action.

Heck, this is a guy playing international agents and fighter jet test pilots. Do those seem like the gigs for a guy entering his sixth decade on this Earth? No chance. Go back to the 1980s when Tom Cruise was coming on the scene and watch a movie like Cocoon which came out in the same year, 1986, as the original Top Gun. In the former, the story follows folks at a retirement community. One of those dudes is Wilford Brimley, who at the time was 50 years old. For the 1980s, this was practically ancient. Now? Folks are just getting started.

Contrast this to Tom Cruise, who as of this writing is 59 years old (turning 60 on July 3rd). A few decades ago this dude would have been playing shuffleboard and enjoying a 4 PM dinner time. Now? He’s still buzzing the tower and coming up with stunts that feel like the insurance companies wouldn’t even want to cover. My youth begets youth in this way. Tom Cruise has seemed to refuse to age in his work, and it shows in his appearance.

WHAT’S NEXT FOR THIS YOUTHFUL WONDER?

With concerns about Tom Cruise’s height may be behind him, and age clearly not a factor in the short term. What’s next for Tom Cruise? Now that he’s wrapped up the character arc for Pete ‘Maverick’ Mitchell in nearly perfect fashion with Top Gun: Maverick, it’s time to close off another franchise as well. That’s going to come in the form of the final two Mission: Impossible movies for his Ethan Hunt character. This franchise has been decades in the running as well and the final two installments, Dead Reckoning – Part One and Part Two are due out in the next couple of years. Early trailers for these movies look like the adrenaline is pushed up to the red line again.

And then there is word that Tom Cruise will be seeking even new heights, with the potential that he and director Doug Liman are at work on a movie that would put the actor in space. And not just in CGI space, but actual space-space. That’s where they plan to film the flick. Tom Cruise, in this day and age, seems like he can do almost anything. 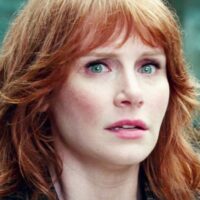 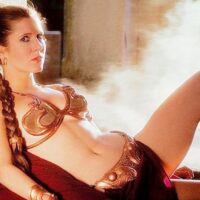 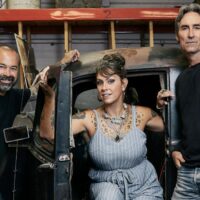 A Fan-Favorite Reality Star Was Just Hospitalized After A Stroke